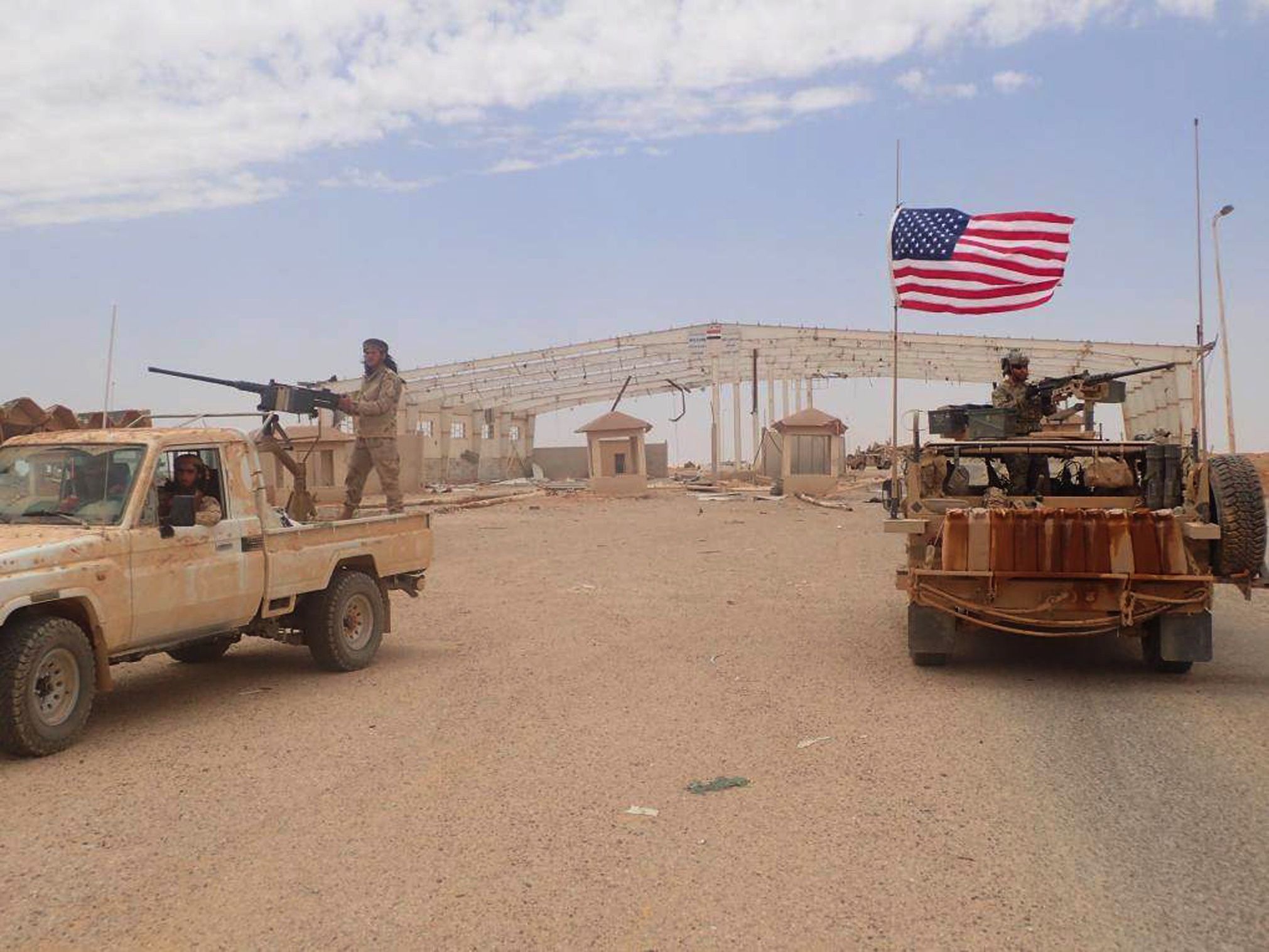 In this photo taken on Tuesday May 23, 2017, provided by the Syrian anti-government activist group, the Hammurabi’s Justice News, which has been authenticated based on its contents and other AP reporting, shows a U.S.-backed anti-government Syrian fighter form Maghaweer al-Thawra stands on a vehicle with heavy automatic machine gun, left, next of an American soldier who also stands on his armored vehicle, right, as they take their position at the Syrian-Iraqi crossing border point of Tanf, south Syria. (Hammurabi’s Justice News via AP)