At a meeting with the board of the Russian Union of Industrialists and Entrepreneurs (RSPP) on March 19, Russian President Vladimir Putin said that the Ukrainian leader Poroshenko invited him to “take Donbass” and make it part of Russia, Forbes’ Russian edition reports.

According to a source familiar with the conversation at the RSPP, Putin told entrepreneurs about his dialogue with Poroshenko.

“He (Poroshenko) told me directly, “Take the Donbass “. I replied: “Lost your marbles, or what? I do not need Donbass. If you don’t need it, then declare its independence.” Poroshenko, according to the Russian president, said that the Ukrainian authorities cannot agree to this. Then the Ukrainian authorities should pay the people of Donbass pensions, allowances and restore the banking system, Putin demanded.

One of the participants, who requested confidentiality, confirmed that Putin told the businessmen at RSPP of Poroshenko’s unexpected proposal to pick Donbass and his refusal to do so. “Poroshenko suggested that Russia take Donbass and support it financially. And Putin said that talking about it can only go in if the Donbass will become part of Russia, in the meantime Donbass is part of Ukraine and all payments must be from the Ukrainian side”.

In addition, according to this source, Putin does not believe in Kiev’s observance of the Minsk agreement and expects the conflict to intensify. The Russian president reportedly thinks that the Ukrainian authorities do not want to resolve the conflict, and want to defeat the militias and crush the region economically. The source said Putin reminded that there is still no law on the amnesty of militia members, and the law on the special status of the Donetsk and Lugansk regions, according to the Russian president, is just a fiction, and it provides for no autonomy to these regions. 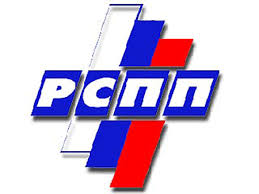 “European leaders see that Ukraine breaks the Minsk Agreement, but further intensification of the conflict is profitable to the US who want to bring Russia and Europe apart, Putin said.

However, a spokesman for the Russian president, Dmitry Peskov, said that can neither confirm nor deny the story sources, as the conversation with Putin RSPP bureau was a confidential one.

Poroshenko’s Press Secretary Svyatoslav Tsegolko did not respond to repeated phone calls. A representative of the German Chancellor Angela Merkel confined their comment to that the Chancellor considers the process of withdrawal of heavy weaponry from the conflict zone insufficiently transparent. He could not say whether Merkel has heard Poroshenko’s proposal to Putin on the status of Donbas. We were unable to reach a representative of President Hollande.

As of 0.00 (1.00 MSK), February 15 the parties to the conflict in Donbass announced a truce, provided for by the agreements concluded in Minsk after nearly 16 hours of negotiations.

The document suggests withdrawal of all foreign armed forces, military equipment and mercenaries from the territory of Ukraine under the supervision of the OSCE; disarmament of all illegal groups and formations; constitutional reform in Ukraine before the end of 2015; the holding of elections in some areas of the Donetsk and Lugansk regions in compliance with the standards of the OSCE and ODIHR (Office for Democratic Institutions and Human Rights), as well as the definition of the special status of the Republics.