If color revolutions throughout the former USSR have something in common, it is the smoothness with which they bring your ordinary “comrade oligarch” to power, courtesy of the US State Department. And if the chosen one is not currently an oligarch, he is certainly to become one.

Mr. Khodorkovsky, Washington’s preferred replacement of Mr. Putin, is, reportedly, a former oligarch. He is obviously considered well-qualified for the task, and has eagerly started his Kremlin conquista, a group of Russian hackers claim.

As brought to us by Russia Insider and LifeNews.ru, the web guerrillas gained access to secret documents of the former “Yukos” oil tycoon, which suggest he  is investing millions of dollars into a new media project, most probably aimed at smoothing his way to Russia’s top job.

The expected initial investment is estimated at $5,289,000. Correspondence between the businessman and journalist Olga Pispanen, who is also Khodorkovsky’s official PR representative, was published on the website ‘Anonymous Group -Fifth Power’, a hacking organisation.

According to the (leaked) documents, the businessman plans to name the television channel ‘V’, which portrays a sign for ‘victory’ made by the two fingers of a hand. 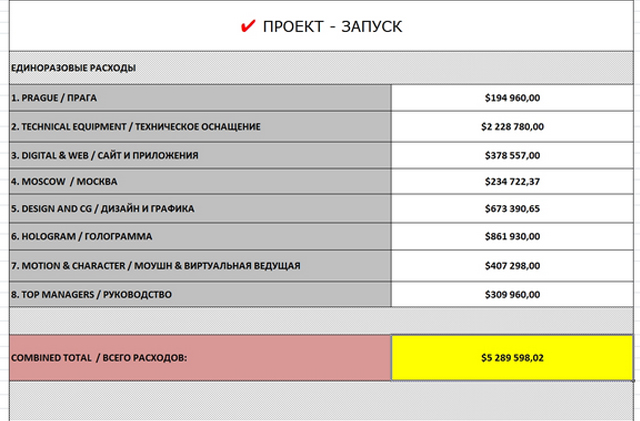 According to the data obtained by hackers, in launching his own media, Khodorkovsky plans to spend over five million dollars, while for just the service information there has already been developed a six-month budget of almost $ 4 million dollars.

Also, according to the documents, salaries to future employees of the TV channel will be paid in dollars. For example, the pay of the chief editor will depend on the specialization, and varies according to the documents from around 3000 to 4500 dollars a month.  Executives of the new media outlet will receive 10 thousand dollars monthly. As for the financing of all of the media, it would be through a non-profit organization, the head office of which office would be in Prague, with other outlets across Europe and in Moscow. 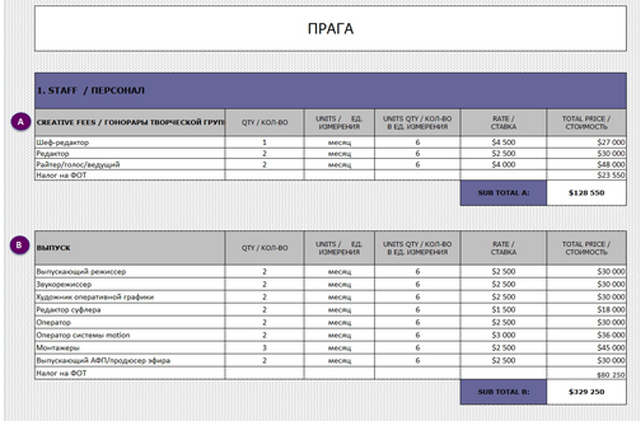 Information of the intention to create this media outlet became available to the online-hackers after they hacked into Olga Pispanen’s email account. In the tab “Inbox,” she had led a correspondence with a person who was using the pseudonym of ‘МВК’ (Mikhail Borisovic Khodorkovsky), which according to the hackers, Khodorkovsky used to stay anonymous.

It can be noted, however, that there is no certainty as to whether Khodorkovsky will proceed with the outlets’ creation, and it is unclear the extent to which the plan has been developed.

This is not the first time the hacking group -‘Anonymous group’ – has laid out the details of a correspondence between the businessman and PR representative. Previously LifeNews reported that the hackers published evidence of financial ties between Khodorkovsky and (Lyudmila) Ulitskaya. This was from a correspondence between Olga Pispanen and an addressee calling themselves Lyudmila U. and it was revealed that in February 2014 the writer (Lyudmila Ulitskaya) planned to meet the ex-head of Yukos (Mikhail Khodorkovsky) in Berlin or Zurich. In the end, the meeting was confirmed, and Ulitskaya notified that she had arrived in Switzerland. A few days after meeting with Khodorkovsky, Ulitskaya sent Pispanen details for a money transfer.

Also from the correspondence it also became known that at the time, Mikhail Khodorkovsky promised the leadership of (television channel) «Дождь» (or “Rain”) financial assistance in the amount of one hundred thousand dollars, when the channel began to be excluded from satellite packages of television operators after the scandalous poll on the topic of ‘The Siege of Leningrad.’

This man kordokovsky can troll all he likes. And the west can fantasise about putting in place a puppet in Russia.
The west really think Russians are dumb and easily manipulated like Americans.
It will never happen. The major reason has to do with the man himself and his history.
They also look at ukraine ……… Enough said!!!

I also thought the condition of his pardon and early release was that he’d stay out of politics in Russia. As if Russians would forget that, or the corruption he was jailed for, overnight. One of the main reasons for Putin’s genuine and enormous popularity at home is that he’s managed to reign in the oligarchs to an extent and to make them play by a set of publicly recognized rules called laws. Why Kordokovsky and his Western backers seem blind to that is most probably a reflection of their own political myopia and arrogance.