Cast your mind back to 2013, I know it’s been a while, but try. It was a different time. Miley Cyrus was riding a wrecking ball and World War Z was tearing up the box office and David Cameron wanted to bomb Assad. It was truly a wondrous age.

…but now the BBC wants to flush it all away.

Sadly, this doesn’t include Miley Cyrus. Or World War Z.

John Humprhys, veteran propaganda peddler and all-round swell guy, took out his scissors and pritt-stik and got to work editing our history. This is what he said on the BBC Radio 4’s Today Program (135 minutes in):

Well its more than 2 years since the Government, our Government asked the House of Commons to approve military action against Islamic State in Syria and MPs said no, it was a devastating defeat. It seemed to proved the end of David Cameron’s plans to for British war Planes to join other Western forces in attacking them in Syria as well as in Iraq.

The Foreign affairs select committee produced a report that seemed to put the seal on it a few weeks ago: There should be no extension of British military action into Syria unless there is a coherent international strategy that has a realistic chance of defeating IS and of ending the civil war in Syria.”

A statement of fact with which it is only possible to have one objection. Namely, that it is not true. Parliament never voted on attacking ISIS, and Cameron never wanted to attack ISIS. The vote was about declaring war on Assad’s government. As the BBC, and the whole rest of the world, reported at the time:

MPs have rejected possible UK military action against Syrian President Bashar al-Assad’s government to deter the use of chemical weapons.

In the event that the motion had passed, we actually would have been fighting ON THE SAME SIDE as ISIS. A pretty important distinction, as military entanglements go. In the wake of the Paris attacks this week a renewed effort is being made to generate hype for intervention in Syria, and the media are trying to conflate – in the public’s mind – Assad and ISIS.

To quote the reader, to whom we are very grateful, that brought his information to our attention:

This lie is about as serious a case of war propaganda as is possible… How can we have a fair debate if the BBC turns truth on its head?

Wings Over Scotland | A small revision of history

[…] the alert listeners at the OffGuardian blog spotted, the problem is that Humphreys’ statement is not only false, it’s the exact opposite […]

My reflections on this http://www.ekklesia.co.uk/node/22453

Thanks for highlighting. I did complain to the BBC and received this response:

John Humphrys was wrong to say the vote in Parliament has anything to do with ISIS, for the reasons you cite. The matter has been raised with senior editorial staff at Today. Thanks for bringing it to our attention.

Bit too late for the debate but…

Reblogged this on musings from outside the asylum and commented:

Never in our history has “trusted” media been so dangerous and manipulative.

Actually no matter if someone doesn’t understand after that its up to other users that they
will help, so here it happens.

Humphries is loosing his marbles he’s spitting al sorts of ramdom gibberish at the moment, his journalistic attacks on Corbyn as chaotic and scatter gun like, his ignorance of the nuances of Scotland and the SNP is shameful. The Today show on Radio 4 is becoming a corporate morning call to arms, propaganda mouth piece, designed to send us all off on our merry way suckered into the agenda they want us to repeat to all we meet… well, that would be the case if we still had any faith in BBC journalism or Humphries and his cronies. Time for a petition me thinks.

Unfortunately it’s not just the BBC. We are continually bombarded everywhere; on the Net; TV; Papers. “News” like ‘..butcher Assad.. his chemical weapons…’ when he has allegedly 80% of Syrians voting for him and allegedly he hasn’t used these weapons.
I have to use ‘allegedly’ because ‘I’ cannot prove these things yet those ‘indoctrinating’ us glibly throw in these subliminal comments without the ‘alleged’ bit, so we slowly believe them, such data embedding itself within our unconscious mind.
Talk to your friends, workmates etc and in the main you are in a ‘conspiracy’ swamp if you see anomalies in the so-called terrorist news that they don’t research for themselves.
Today, lies have become truth and there’s not much we can do about it as individuals except welcome Mr Putin’s alleged confrontation of the West’s hegemony.

The BBC has posted a correction here: http://www.bbc.co.uk/helpandfeedback/corrections_clarifications/#

The intended damage was done.

The BBC is not just rotten from the top it’s rotten all the way through to it’s core No UK political party has the will or reason to change it,,, if i thought change was possible, fair enough, i’d persevere with it ,continue to pay for the licence but it’s not.Their lies are transparent ..A toddler could tear a hole in most of their bilge, More so when they feature Russia Ukraine Syria Iran US Israel . If you’re of the left or want unbiased journalism you’re better off with RT Press TV Not that either are that good it simply reflects how bad ours is.. Kill it it deserves to die

Can you imagine that Britain with its government, banking institutions, press, police, intelligence agencies and all major political parties controlled by Zionist Jews or pro-Israel lobby groups, is not a safe place for its 264,000 Jewish population to live in? Well, according to Jewish Chronicle (December 22, 2014) the BBC boss Danny Cohen said so.

On December 21, London-born Danny Cohen, told a conference in Jerusalem that watching the rise of anti-Jew incidents in the UK and most of European nations since the recent Israeli attack on Gaza has made him come to the conclusion that Britain is no longer a safe country for his fellow Jewish community to live in.

That explains why my comment on that topic on the Guardian was removed. All I said was that it would be interesting to see whether the rise incidents ascribed to anti-Semitism were motivated by legitimate anti-Semitism or were a response to Israeli foreign policy.

the last time david Cameron sent UK Aircraft to bomb Libya , we sent about 6 Tornados , which are 30+ years old. since then ; no, since 2008 his buddy George Osborne has had us in worse Austerity than the Greeks. Last couple of days, Osborne found a few Billion in his back pocket to bomb Syria. But if we bomb ISIS we will have to join the list. WE will also be helping ASSAD THE DEVIL. David Cameron also said there are 70,000 ” moderate Islamic beheaders” who will fight ISIS. ISIS have Nuclear, Chemical, Biological and very NASTY Weapons , 5 MINUTES from Westminster. Jeremy Corbyn is Very NASTY as well. David Cameron has a picture of Tony Blair in his Chapel.

I was in Libya as an Ex-Pat & what I saw & what BBC reported,,,,,,,,, it was just gobsmacking lies – disturbing as I was brought up to believe that BBC was a bastion of truth.

CNN & the US Media are worse I must say & the Guardian etc are a sad comedy rags today but the BBC lie with an arrogance that is a true art form.

I am a passionate supporter idea of BBC which is why I want the BBC back. We are getting the Labour party back not by leaving it but by becoming active participants. The BBC will be destroyed if it allows itself to follow the Big Lie model of State propaganda. The levels of propaganda would not be out of place in the old DDR. I am not one of those who only wants to hear the opinions of those I agree with but at the moment I very rarely hear from the left or even the Libertarian Right.

The attacks on Corbyn and anyone resisting the New Labour party within the party are so extreme that each attack brings in more active supporters for Corbyn. We need to fight to save the BBC from loosing most of its listeners who become sickened by Orwellian memory holes and hate speak.

If we want to know who radicalised sections of Muslim youth look no further than the BBC, all that Assad hate speech worked on gullible youth who signed up for Jihad.

look no further than “Save the Children” the Panorama “big lie”.

since Dr.david Kellys murder, when the BBC was gelded by Blair and Cameron; its only been good at creating Millioaires with Licence Payer`s money. Millioaire News Readers, Sports “experts”, Bull-Shit Artists like Jeremy Clarkson and Andrew Neil; and Senior Managers, who only manage gophers.

This is an excellent reminder of the way the BBC is being used by the Government to support its agenda. In particular this toady Humphrys whose drift to the right is palpable. Propaganda programme masquerading as news. Well done.

Guys stop funding the BBC Simply exercise your right not to watch live broadcasts get some ht leads and watch catchup tv via a laptop or PC. it requires no BBC TV Licence and is easy to set up
The BBC is run not for the Tory party but for the state. If a Blairite had won the GE you’d still be getting the same BS 2 words Danny Cohen should tell you all you need to know about the beeb. FFS cancel your licence fee

Reblogged this on Siem Reap Mirror and commented:

BBC was happy to support claims by NATO that bombing of TV Serbia in 1999 was legitimate because it was used as a propaganda tool for Slobodan Milosevic. Well, it seems that BBC is legitimate target if we use the same “standards”.

There is a determination to have us attack the Syrian Government. The modus operandi is to have an event that is a “trip wire”. These trip wires appear to have all been manufactured.

The various massacres where Main Stream Media Journalists were taken to recently massacres and on the say so of the rebels (Salafist fundamentalist Jihadis) attributed the crimes to the Syrian Government. As later became clear their signature killing method is slitting throats.

But still the Public was strongly against intervention.

Then Obama’s red line was crossed, the use of chemical weapons, still 60% of the public was against bombing the Syrian Government.

Around this time it became impossible to hide from the public that most of the Syrian rebels were tied to Al Qaeda, particularly Al Nusra and ISIS.

At this point the Government had to tone down its requests for support of the Syrian Rebels and has by slight of hand slowly attempted to portray itself of having always been against the Syrian terrorists. The culmination of this lie was:

John Humphrys:
“Well its more than 2 years since the Government, our Government asked the House of Commons to approve military action against Islamic State in Syria and MPs said no.”

Whose hand is behind this manipulation of the Public? Who wants us to fight the Syrian government for them?

http://www.telegraph.co.uk/finance/newsbysector/energy/oilandgas/10266957/Saudis-offer-Russia-secret-oil-deal-if-it-drops-Syria.html
“Prince Bandar went on to say that Chechens operating in Syria were a pressure tool that could be switched on an off. “These groups do not scare us. We use them in the face of the Syrian regime but they will have no role in Syria’s political future.””

Pull the other leg

Yep, like we should trust the Saudis as far as we can throw a camel. lol 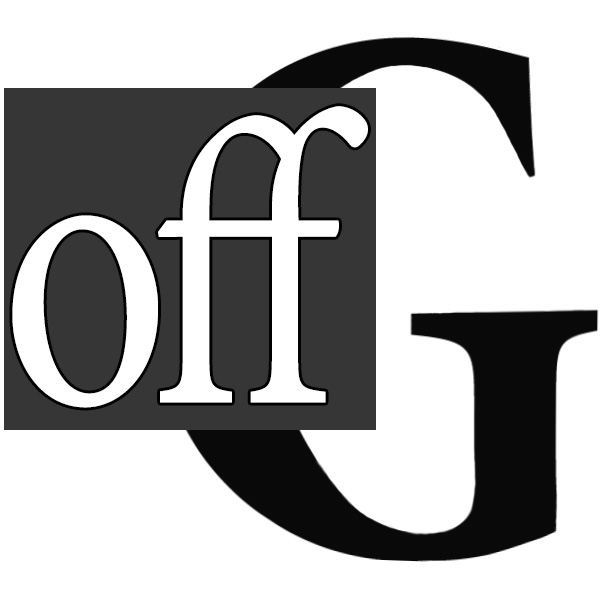