New Kurdish Congress: Who stands behind the Kurdish autonomy project in Syria? 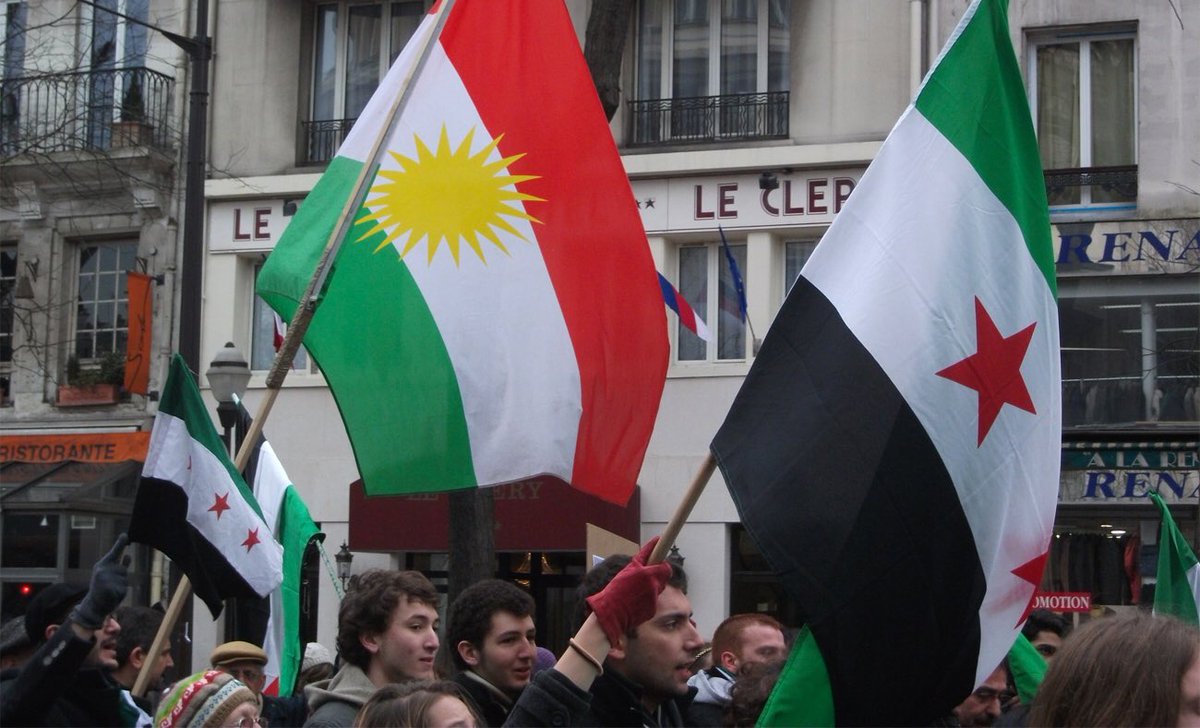 According to the source, a conference on the determination of the Kurdish-held areas’ status is expected to be carried out in Northern Syria. The media has not yet confirmed this information, but such a meeting had been long-awaited.
Referring to a number of influential experts and journalists (Diliman Abdulkader, Farhad “Fred” Khosravi, etc.), the source reported on a summit of Syrian Kurds, including leadership of forces opposed to Bashar al Assad, political parties, also community and civil society organizations leaders will be held in Ayn Issa town of Northern Raqqa under the sponsorship of the US. The event was marked as “Kurdish Congress” in invitation letters sent by facilitators, and the agenda contains issues of legitimation of the Kurdish administrative-territorial entity in Syria and the post-war settlement.

Furthermore, the source added representatives of the UAE and Saudi Arabia, that are partners of the US in the coalition, also have been involved in organizing the meeting.

It is planned that at the conclusion of the Congress participants will release an appeal to the Syrian President Bashar al Assad requesting the recognition of autonomy and providing local administrations with the broad repository of the powers, the source pointed out.

If it would be released, the backlash of the Syrian government against such a statement is not difficult to predict. Since the beginning of the crisis, Bashar al Assad has repeatedly stressed that he intends to regain control over all territories of the country without exception. Every mention of the Kurdish autonomy has caused harsh responses by Syrian government and military officials until the start of fighting against Kurdish forces. It is evident that the Congress facilitators cannot ignore it, which means that they deliberately provoke tensions between Damascus and Kurds.

Moreover, if the information of Saudi and UAE representatives participation is confirmed, the current trend towards the gradual restoration of partnerships between the Syrian government and other Arab states, including the Persian Gulf monarchies, will be under attack. It is noteworthy that this thaw of relations is carried out bypassing interests of Washington, which allies are witnessing a reduction in the US ability to resolve the Syrian conflict and one by one are moving to rebuild bilateral relations with Damascus.

At the same time, Riyadh and Abu Dhabi’s interests in the participation in the Congress has a rational explanation. SDF backed by the international coalition is managed to take control over desert areas of Deir Ezzor province, where most of the Syrian oil and gas fields are concentrated. Arab monarchies can offer stable funding and weapons supplies in exchange for guaranteed volumes of fuel production for resale on the local and even global markets. Such a deal is becoming more attractive for Kurds as the American presence in Syria is decreasing. However, it is short-sighted to rely on equality of the parties in this scenario: there is information that Saudi Arabia and the UAE will require control over 40 per cent and even a larger share of all volume of extracted hydrocarbons in exchange for their concessions.

In any case, Turkey, one more ally of the White House in the Middle East, will suffer apparent losses. The strengthening of Kurds positions supported by the US and Gulf states is the last thing that Ankara needs at the current stage of the Syrian conflict. The emergence of Kurdish autonomy, if not precluded, then at least questioned the prospects for the Turkish initiative to create a “security zone” along the Syrian border. However, such an arrogant disregard for the interests of a key regional partner is well within the logic of the development of US-Turkish relations, which are recently arranged in a model of strict dictation by the United States. This model is visible in the conflict over the acquisition by Turkey of Russian S-400 missile systems, in forcing Turkey to comply with US sanctions against Iran, and in many other aspects of the interaction between Washington and Ankara.

Against this background, it is worth recalling reports on the poisoning of Kurds and US SOF personnel in Syria that appeared some time ago on the Internet. Officially, practically nothing is known about this incident, neither the exact reasons or the persons who could stand behind the organization of the assassination were established. One of the explanations of such an information vacuum may be that an organizer of the incident was one of the “partners”, who could impose censorship on sensitive information.

Each on the list — Arab monarchies, Turkey, Kurds and even the Americans themselves — had reasons for it. Saudi Arabia and the UAE will benefit from the escalation of tension between the Kurds and the Syrian government, which inevitably becomes a subject of suspicion in any such cases. This would enable Turkey to not to face the protests of Damascus regarding activities of the Turkish troops in the Kurdish-held areas in Syria.

The Kurds themselves could use the incident as another argument in favor of creating autonomy and ensuring security within its borders, and the Americans as an argument for the need to maintain a military presence and pressure on intractable Turkey’s authorities on the Kurdish issue. But it is still convenient for all these influential players in the region to demonize Bashar al Assad and his allies to achieve their vested interests.

New Kurdish Congress: Who stands behind the Kurdish autonomy project in Syria? – The Chaos Cat

[…] New Kurdish Congress: Who stands behind the Kurdish autonomy project in Syria? – OffGuardian — Read on off-guardian.org/2019/05/11/new-kurdish-congress-who-stands-behind-the-kurdish-autonomy-project-in-s… […]

The Kurds are just a Zionist/ US catspaw. They have no independent agency. When they have served their purpose as useful idiots and cannon fodder for Neocon intrigues in the region, they will be abandoned. This has always happened in the past, and it will happen again. The Kurds have whored themselves out and pimped for Zionist interests, so they deserve all they get. They have no future, and they don’t deserve one. They will be smashed as they have in the past, when they were used by the Shah of Iran against Saddam Hussein, then abandoned and left to the tender mercies of the latter. History repeated itself in the first Gulf war, when they were abandoned again, this time by the US. They will be abandoned and smashed again, maybe by Turkey and its terrorist proxies this time. They always whore themselves out to external actors, and it never ends well for them. This time will be no different. They never learn the lessons of the past.

Absolutely spot on in your comment Mark, espec the first 7 lines, and your last sentence “they never learn the lessons of the past”. I put it down to the corrupt, power hungry Kurdish leadership like Barzani, and its always the ordinary Kurds who suffer the consequences.

UK politicians and others have a history of bigging up the “brave Kurds” and their female military unit. In truth, they have behaved little different than ISIS, ethnically cleansing Arab areas they want. If the UK was balkanised in the way that is intended for Syria, we would have separate states for Indians, Pakistanis, Nigerians, Jamaicans and others.

Again, I ask, what are your sources for these pompous opinions?? I guess you are British. Vanessa?

So, you think Barzani and the SDF are the same? Barzani has never supported the PKK nor the SDF.

No, I havn’t been to Kurdistan, but you only need to look at the history of what has happened there to see that the Kurdish leadership have repeatedly made bad choices and allied themselves with those who have ended up stabbing them in the back. Why? Again, I fully agree with what Mark said. To clarify Rich, I actually have a lot of sympathy for the plight of the Kurds (in their historical area). I don’t deny, as a people, they have suffered much persecution, esp in Turkey. I didn’t say Barzani supported the PKK – I knew that the KDP and PKK were at odds.

Trolls gravitate to a straw man attacks. Gezzah never suggested PKK and KDP were allies, just that they have the same criminal moral character and never learn from past mistakes.

Spent a lot of time here, have you?