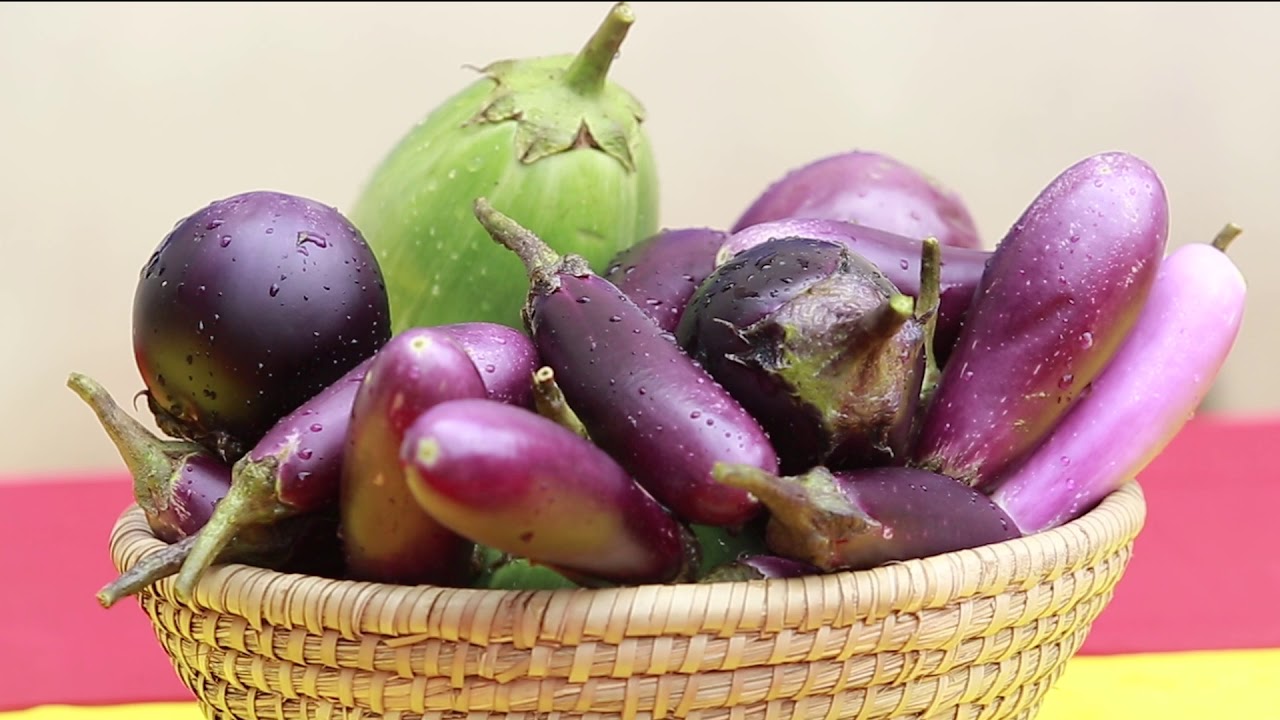 What is the point in central government orders and carefully thought out regulatory norms if government officials and regulators act with blatant disregard? This is precisely what we now see happening in India where genetically modified organisms (GMOs) are concerned.

India has the greatest brinjal germplasm in the world with 2,500 varieties, including wild species. Following news in April that (genetically engineered) Bt brinjal is being illegally cultivated in Haryana, prominent campaigner and environmentalist Aruna Rodrigues says:

These varieties are now under threat of irreversible contamination (cross-pollination) because of cumulative acts over time of senseless and criminally irresponsible regulatory oversight. More properly expressed: a virtual vacuum in GMO regulation.”

The cultivation of Bt brinjal (aubergine/eggplant) contravenes the indefinite moratorium that currently exists on the commercial release of Bt brinjal in India.

The moratorium has been in place since 2010 following a unique four-month scientific enquiry and public hearings regarding field trial data and crop developer Mayhco’s application for the commercialisation of Bt brinjal. Back then, the decision to reject commercialisation was supported by advice that the then Minister Jairam Ramesh received from several renowned international scientists.

At the time, Ramesh’s decision to place a moratorium on Bt brinjal was founded on what he called “a cautious, precautionary principle-based approach.” The moratorium is still in place and has not been lifted. All the environmental and health hazards acknowledged at the time remain.

On 12 May 2019, Prashant Bhushan, public interest lawyer in the Supreme Court of India, issued a legal notice in a letter to Harsh Vardhan, Minister for Environment, Forest and Climate Change. The letter discusses the violation of the moratorium on the commercial cultivation of Bt brinjal. Given the gravity of the matter, the letter is also to be distributed to the prime minister, the minister of agriculture and all members of parliament.

The letter also includes a lab report: a definitive test carried out at accredited laboratory SGS in Ahmedabad, which states that the brinjal sample from Haryana sent to it tested positive for a plant GMO: the test confirms that the brinjal in question is genetically modified.

Aruna Rodrigues paid for the test herself and says:

When this news about the cultivation of Bt brinjal came out in April – knowing our regulators bent of mind, intent, conflict of interest and undiluted support of the biotech industry, knowing they probably welcome this – I decided to get a definitive test done at an accredited lab. I paid for it of course. It is civil society that is keeping a watchful eye on the biosafety of India, not the government.”

She adds that the planting of Bt brinjal in Haryana is an egregious violation of a central government order:

This is not only an illegal planting of a GMO food that has not been approved, but a gross violation of an active central government indefinite order. This raises the violation to a different level and order of magnitude. It is the most serious breach of India’s biosafety, brinjal genetic diversity and therefore biosecurity of India.”

In a similar vein, Prashant Bhushan’s letter discusses blatant regulatory malfeasance regarding Bt cotton, herbicide-tolerant cotton seeds (now also illegally available in the country) and the illegal import of other GM seeds of various food crops. He also informs the minister in some detail about the issues surrounding Bt Brinjal and the reasons for the moratorium in 2010. Bt cotton is India’s only legal GM crop (a Mahyco-Monsanto venture): that too involved a strategy of illegally cultivate then approve. It’s an industry tactic.

ln the fourteen years since the filing of a PIL (Aruna Rodrigues v Union of lndia) for a moratorium on GMOs in 2005, there has been a disregard for the most basic norms governing the regulation of GlVlOs in lndia.”

Further on in his letter, he states:

I am constrained to say that we are looking at a collective failure of our regulatory bodies and connected institutions, with the final blame falling squarely on the apex regulator, the GEAC (Genetic Engineering Appraisal Committee) in your Ministry, the body solely responsible for all environmental releases of GMOs. The illegal planting of Bt brinjal demonstrates the vacuum that exists in the oversight of GMOs in lndia.”

Bhushan makes it clear that the current situation represents the most dire and unconscionable violation of lndia’s constitutional safeguards of its biosecurity and biosafety with potentially irreversible consequences:

These matters justify criminal proceedings being initiated against individuals and corporations that have participated in and facilitated the illegal sale and cultivation of Bt brinjal. ln the event of any contamination, the GEAC/others may be in contempt of the supreme court’s order of “No contamination”. Any delay on the part of your ministry in taking swift and strict action to stop the spread of Bt brinjal may not only be illegal but constitute contempt as well.”

So, just where did these Bt Brinjal seeds come from?

In a report in the Hindustan Times (12 May), it is stated that the National Bureau of Plant Genetic Resources (NBPGR) says it had not stored any GM seeds from the field trials conducted prior to the moratorium in 2010. Mahyco and the two universities (Tamil Nadu Agricultural University and University of Agricultural Sciences in Karnataka) involved in the trials were in possession of the seeds.

The newspaper reports that minutes of GEAC meetings held in February and May of 2010 reveal the committee decided that NBPGR would store Bt brinjal seeds from all three seed developers and take affidavits from the company and institutions confirming that all seed stock has been deposited with NBPGR. But this was never done.

Bt brinjal has been grown in Bangladesh since 2013. The seeds could have come from there or might be old seeds that were supposed to be deposited with NBPGR. Further ‘event identification’ (involving an analysis of the construct of the genetically modified organism) tests might be able to determine the original source.

In a letter (11 May) to Minister Harsh Vardhan, the Coalition for a GM Free India stated:

For any illegal cultivation of Bt Brinjal found in India, the crop/event developer should be held responsible… and it is clear that Mahyco and the two state agriculture universities have to be investigated immediately.”

Of course, as Prashant Bhushan implies, it’s not just the crop developers who should eventually have their day in court.

The GMO biotech sector has not been able to mount a convincing argument for the introduction of GM crops in India, whether it has involved Bt brinjal in 2010 or the ongoing case in the Supreme Court concerning GM mustard. Aruna Rodrigues’s many submissions to the Supreme Court have shown that the crop developer’s field trials and the overall case for GM mustard have failed to establish a need for this crop and are based on scientific fraud and unremitting regulatory delinquency.

But the push for GM continues unabated because Indian agriculture presents a potentially massive cash cow for the industry. It’s a case of any which way, as Kavitha Kuruganti, convener of the Alliance for Sustainable and Holistic Agriculture, notes:

The biotech industry’s strategy of ‘leak illegal seeds first, contaminate and spread the cultivation and present a fait accompli’ for obtaining approval is well known.”

It’s exactly what happened with Bt cotton in India.

Certainly the regulation of Bt Brinjal, throughout these times, has been corrupt, and/or the regulators have been lax and/or stupid.

Maddy, juss recall the laxity of the US FDA in the affair of Bayer sales, worldwide, of aids-infected blood/serum – which hastened the demise of countless innocent haemophiliacs, and also led to govt- officials in La Grande Nation visiting gaol (without passing GO – can you imagine)!

everything in the world tests positive for Glyphosate, doesn’t it? Every single person chosen as blind control subjects for a Glyphosate test tested positive. They couldn’t find anyone without it in them to be a control according to the film Devil You Know..

Is there anything we will not contaminate for profit?

I have no idea. I don’t think about stuff like that as there’s nothing I can do about it anyway. I expect a lot of people who work at Monsanto work there because they need a job and money to feed themselves, so I don’t expect their poison blood count matters much to them, but here’s a report about it: https://www.ecowatch.com/monsanto-glyphosate-cheerios-2093130379.html

Jacko – not oney dwones works at MonstAnto…..they has middle management, executives and alla dat shit…..and do these chappies go shopping for their victuals at organic food stores… I wonder!
PS: betcha they DO!

Or German, if you prefer.