Could Trump’s tricks boost his ratings and settle the Syrian conflict? President tweets peace, but actions suggest no end in sight 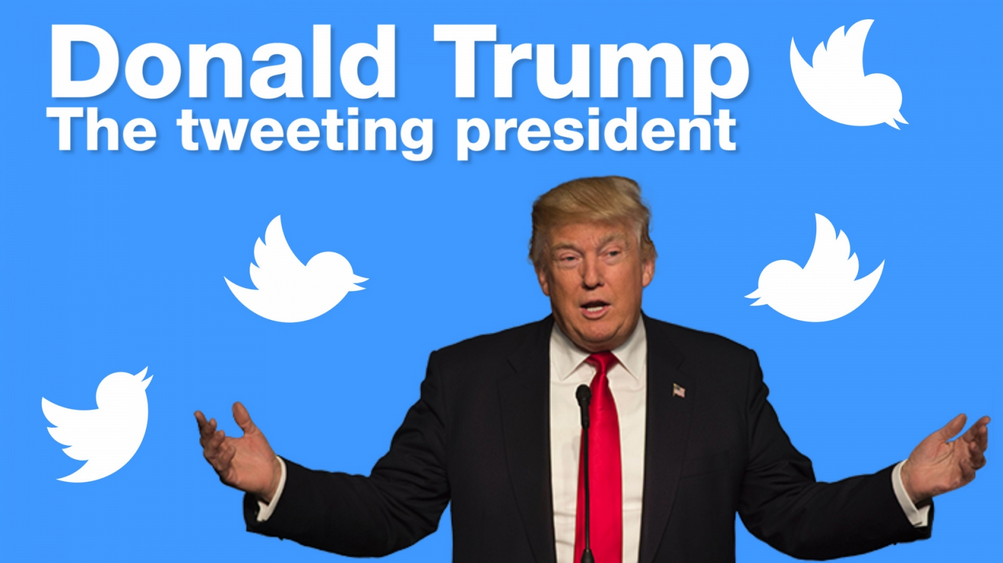 Recently the U.S. President Donald Trump formally launched his 2020 re-election campaign in front of a large crowd in Orlando, Florida. The campaign is gaining momentum. We have already seen the celebrities and politicians speeches, preliminary ratings and even the economic models of the New York Times predicting Trump’s victory.

For his part, the candidate keeps on delighting the world community by posting promising Tweets to increase his popularity and to retake votes from his opponents.

According to Gallup, 45% of U.S. adults believe Trump should be impeached over the various alleged scandals that have dogged his presidency, while 53% said he should not be.

45% is too much for the sitting president, so it has been decided to increase his positions in the eyes of his anti-war base. In this case, we are not speaking about implementation of all his statements, but only about election promises that can snatch the next agenda from competitors.

For instance, the situation is so with Trump’s report on the withdrawal of the U.S. troops from Afghanistan. It looks like the White House analysts are working on the same scenario.

Last Monday President Trump told Fox News that he would leave an intelligence presence in Afghanistan, though he has long hoped for a full withdrawal of U.S. military presence from the country.

So, according to Trump’s statement, the U.S. will retain intelligence in the region. That’s ridiculous! Washington has been trying to withdraw troops from Afghanistan for several years.

Boutros Marjana – the head of Syria’s parliamentary Foreign Relations Committee in response stated that this action was focused on the media, to make the average American to believe that the unnecessary and external conflict is over:

Tramp said the same on Syria. However, a radical change in the area of hostilities has not happened. The situation on the ground is quite different from what was stated. So far, in my opinion, the United States has not developed a strategy for the situation in the eastern coast of the Euphrates River”

And while Trump is posting Tweets for his electorate, the U.S.-led international coalition carried out another air raid on the residential area in Idlib province. Hayat Tahrir al-Sham (HTS) units were the alleged aim of the aviation. The details on casualties among civilians have not been reported.

It is worth noting, that during the previous bombardment, apart from the extremists, 49 civilians were killed inside a mosque.

U.S. Central Command announced that the attack had been initiated in response to HTS terrorist acts in residential areas.

It is unlikely that Trump will actually withdraw from Syria or Afghanistan because the killing of terrorists and civilians does not stop.

Moreover, telling the world about the withdrawal of troops the White House decided to put pressure upon Germany to expand its participation in the Syrian conflict (apparently instead of Washington).

It is hardly surprising that some international coalition members suddenly proclaim their participation in the joint operation against ISIS terrorists under any pretext. In fact, their contingent will be intended to replace the U.S. troops that following Trump’s intention should be withdrawn from Syria. Wonder who will get all the U.S. military bases in Syria?

In this situation, the obvious question arises: why should the EU troops be located in Syria instead of the U.S.? And who is going to replace the U.S. forces in Afghanistan?

At the same time, Israel is also playing an active role in the ‘peacemaking’ process in Syria.

On June 1, at least 15 citizens, including five women and a child, were killed as a result of the Israeli air strike on Syria.

Anyway, illegal U.S. forces presence is a considerable obstacle to the political settlement of the Syrian conflict. And the cynical Israeli air attacks, as well as its international policy, break any hope for resolving all disputes peacefully. Trump may make the only right decision that will let him increase his ratings using the Syrian issue.

The current president should do his best to reconcile the parties, suspend cooperation with Israel, and also establish a dialogue with Turkey, Russia, and Iran. That is very unlikely. Therefore Trump has to go on tricks with a contingent from other states.

The idiot is reason enough to justify his 15 minutes of fame, as well as any other topic relating to such a boring, dysfunctional country..
Please tell us more about the other 196 countries of the World..

Seems Rex Tillerson was right and agrees with this HL Mencken quote.
“As democracy is perfected, the office of President represents, more and more closely, the inner soul of the people. On some great and glorious day, the plain folks of the land will reach their heart’s desire at last and the White House will be adorned by a downright moron”.

The words of an arrogant egotistical hypocritical dumbf*k fracking specialist like Tillerson, who only objects legally to fracking when the licenses have been bought to frack next to his own private mansion, can hardly be considered anything other than pure self-interest & self-promotion >>> to whom he promotes himself is no longer interesting, coz’ he and his ‘crew’ are all on the wrong side of history in the making …

Here we go again… I mean who cares which narcissistic glove puppet of the greedies wins prez 2020. I don’t because it is impossible for a decent human being to get on the list of candidates much less win the damned thing.

Trump is a prize arsehole who fortunately for most of the ordinary humans dotted all over this planet, was at least initially owned by construction and contracting magnates rather than the usual owners of prezzes, the MIC.

That has changed somewhat largely thanks to the zionist son-in -law whose family bankrolled a chunk of the campaign, so as per usual Palestinians have been copping it bad – as has any resident of the Arabian peninsular who isn’t an el-Saud.

On the other hand unlike the 4 predecessor prezzes, the Orange moron hasn’t kicked off a full on war, so AFAIC in many ways he’s the best of an extremely bad bunch – a low bar sure, but expecting any of the other candidates (including Gabbard, the ‘radical’ who supported Pelosi as speaker, and who couldn’t win a bar raffle), to do any better is a f++king forlorn hope.

4. Industrial strength knee pads for grovelling to Adelson and AIPAC.

Trump isn’t going to withdraw from Syria. He wanted to, but was immediately overruled and bitch slapped by his lord and master Nuttyyahoo, and reminded of his status as ZOG’s resident White House puppet. And told to stop messing about and get on with attacking Iran.

It’s interesting to see who ZOG will give us as their next trained monkey to replace Trump. Maybe another black, or a gay, or even a trannie this time. Variety is the spice of life.

The Democrats seemed determined to fix it for Biden or Harris. Unless Trump starts another stupid war, he will wipe the floor with either of them. Only Bernie or Tulsi Gabbard can beat Trump. But like Corbyn, they will be made to ‘run the gauntlet’ and face all manner of smears in the MSM to damage their chances.

A substantial number of Americans couldn’t see through republican idiots like Reagan and Bush – they are being tested again, this time with a president who is even more fascile, even more insincere.

Like a child who has done no homework Trump simply confabulates when asked relatively basic questions about domestic policies such as how to tackle the rise in homelessness.
Is he bad enough for voters to finally suss him out, personally I doubt even if nuclear armegeddon will Iran would wake some of them up.

It’s not that most voters are fooled by Trump–some are, to be sure–but the real problem is that all their other (likely) alternatives are even more pointless. Creepy Joe Biden? Horizontal Harris? Suddenly Trump doesn’t look so bad …

Gabbard is the least worst – at least her rhetoric is anti-war and the media are trying to pretend she is not superior to the rest of the admittedly limited field.

Mind you that doesn’t mean George Carlins sketch doesn’t apply as much as it ever did.

Just another goy singing from the AIPAC hymn sheet.

Maybe Buttplug or Pocahontas can give him a run for his money.o

Obama has killed more. Does that help?

Reality bites, when egos inflame themselves 😉