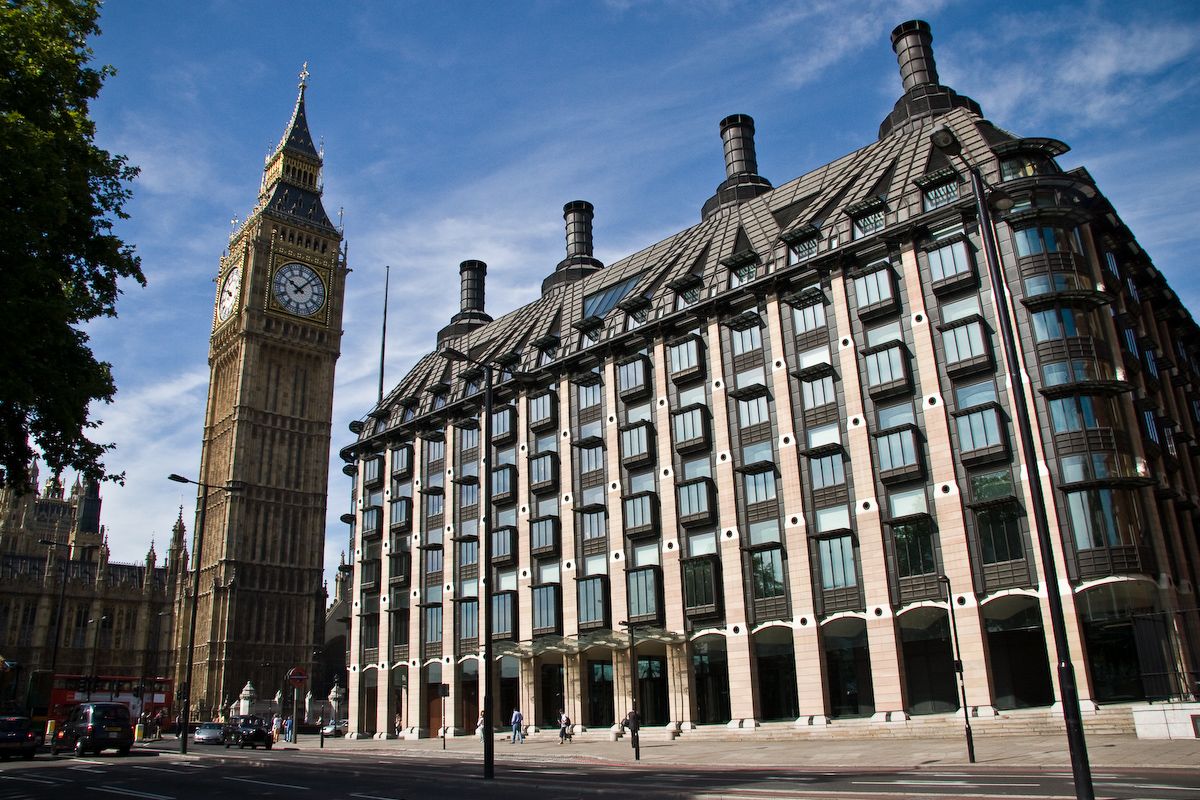 Yesterday the OPCW released the results of their “independent investigation” into their leaks. The finding is that the two men who released confidential internal documents “weren’t real whistleblowers”, so, therefore, none of their (highly embarrassing) revelations count.

It’s a nonsense we deconstructed yesterday. But naturally, the media have embraced the opportunity to totally dismiss all the OPCW leaks as “shredded”.

After all, that was the point of the exercise.

(See this piece in The Guardian, which never reported on the leaks but now reports that they have been “dealt a severe blow”).

Given that, the below-embedded document could not be more pertinent. Never was there a better time to hear from people who do their research, make a rational argument and actually know what they’re talking about.

What follows is the full transcript of all the talks given at the Parliament House presentation on the OPCW leaks.

I have just read this 54-page transcript and am hugely impressed by the courage, intelligence and integrity of Shiela Coombes and the panel.

That was the point of the exercise.
spanish dictionary

I have read through the transcript and cannot for the life of me see how anyone else doing likewise can fail to be convinced that those questioning the official narrative on Douma and the integrity of the OPCW are justified in their scepticism. But, unfortunately – as we all know from previous attempts to shed some light on the truth and, most importantly, to raise questions and awareness in the most resolutely closed or uninterested minds – the level of resistance would appear to be almost insurmountable.

What I found particularly disenchanting about this Parliament House presentation was that, of 200 or so MPs invited to attend, a paltry three showed up. I would be interested to know who they were. The 200 invited are the very same people who are more than prepared to condone the bombing of another sovereign state but have no desire to take an opportunity to reflect on whether they came to the right conclusion at that time and should perhaps be more circumspect next time there are moves for a repeat confrontational performance. And we entrust these people to make decisions affecting all our lives.

I am reading my way through this transcript, but cann I ask why it is not downloadable? From what I have read so far it should be disseminated widely.

The Empires lies are so far developed over so so many years there is NO way they can pull back on any SINGLE insignificant one on ANY front.
It would be akin to the finger in the dyke, or pulling on the tiniest lose thread of the great knitted story…

They can only double down and be hanged together like the pirates they have always been.

That is where we are. The end days of Empire. This decline and fall will look like children playing at grown ups a few hundred years down the line. Probably in text books. In Mandarin.

Yeah that’s what Government “inquiries” are designed for to either white wash or cover up any of their wrong doing. Yes the whistleblowers weren’t real whistleblowers and the White Helmets aren’t terrorists who would stage a false flag. I mean perish the thought. Why would the highly esteemed George Clueless support such a group?

Reminds me of a joke:

A politician went to an Indian Reservation to campaign and every time he made a speech the audience would shout “Hooga! Hooga!”

One day he decided to inspect one of the barns but an old Elder stopped him and said “I wouldn’t go in there with out boots if I were you because the Hooga is very deep.”

Normal GB inquiry reports are organized by Whitehall appointed white washes like on David Kelly or Climategate. The procedure is simple: Whitehall writes the conclusion first and royally decorated and paid Painters fill in the blanks with cherry picked facts and omissions after. These kind of people usually have full agendas so conveniently little time. The less questions asked the better.
Under those Whitehall rugs are Himalayas of Dirt on those above.

A good number of officially democratic countries are not run by their elected leaders: apart from obvious ones like Pakistan or the US others like the UK keep up the show. In the US the “Homeland security” cuckcoo came out of the closet officially after 9/11 and trampled all other balancing power birds in that nest. Of course US presidents had been patsies before that.
Was the UK US poodle trailing or leading the way?

A nugget – city block size – from the US on this: Just A Little Sloppy Record-Keeping? The Pentagon’s $35 Trillion ‘Accounting Black Hole’ — a total that’s larger than the entire U.S. economy and underscores the Defense Department’s continuing difficulty in balancing its books.

Much of it is spent on $5 million screws that you could buy at Ace Hardware for 2 cents.

Then of course there is that turkey called the F-35 close to a trillion dollars spent on the thing it yet any MiG can eat it for lunch.

Don’t get me started on the Iron Sieve. The one we gave to the Israelis for GW 1 and bought it back from them for 15 billion bucks.

Like the USA, run by AIPAC and the other Zionist over;ords.

Given that the UK Board of Deputies required those standing for leader and deputy of the Labour party to sign up to ten demands regarding Israel and anti-semitism, perhaps we have the same problem in the UK?

I have just read this 54-page transcript and am hugely impressed by the courage, intelligence and integrity of Shiela Coombes and the panel. Particularly impressive is that General John Holmes has made such a huge step to challenge the very Establishment he was integral to. When brave whistle-blowers, engineers and scholars put their very lives and professional reputations into the line of fire in the defence of truth and justice, we need to offer them our fullest support and gratitude. Hypothesis 3 suggests a gruesome murder of mainly women and children. Whether James Le Mesurier was pushed or he jumped, he had much to answer for.
Finally, there was much in this story which reminded me of the outrageous “magic bullet” theory of the JFK assassination. That one flimsy lie was all the CIA could fabricate to maintain the nonsense of Lee Harvey Oswald as a lone assassin.
As that idiot Bush once tried to say: Fool me once, shame on you. http://content.time.com/time/specials/packages/article/0,28804,1870938_1870943_1870944,00.html

The thick plottens: I did a quick look around on Major-General Holmes to try and ascertain his Damascene conversion only to find him up to his neck in the corporate cloak-and-dagger intelligence-for-profit business Erinys International, employer of the Polonium-ed Litvinenko. The Guardian helped muddy the waters:https://www.theguardian.com/world/2015/feb/09/litvinenko-inquiry-told-of-mysterious-break-in-at-mayfair-office

https://www.theguardian.com/world/2015/feb/09/litvinenko-inquiry-told-of-mysterious-break-in-at-mayfair-office
The above account by Vanessa Beeley shreds completely the PR stunts of James Le Mesurier, OBE (JLM OBE), his very dodgy widow, and the bottomless pit of lies and snakes aka FCO. Ex-Ambassador Ford has always impressed me as one of those touchstones of integrity, so the dust from the desert (chlorine) storm is clearing. W hat a tangled web they (FCO) weave.

When Litvinenko was poisoned, I Googled Polonium 210 poisoning, and, lo and behold, it was said that an early instance of accidental poisoning was at Dimona, the Zionassty A-bomb factory. Wikipedia now says the Weizmann Institute. Whatever. It was used to murder Arafat, too, although there were crass efforts to cover that up later.

I urge everybody to carefully read this (relatively) short report. It is devastating.

I can only agree with some of the questioners when they say that our MSM, at the very least, is duplicit in these events

It only shows us, yet again, for like the 723rd time, how ethically and morally bankrupt the presstitutes at rags like The Guardian are.
Which is why I boycott the bastards.
If I had a cat, I wouldn’t even use The Guardian for kitty litter.

Todays ‘editorial’ in the Guardian sewer, re. coronavirus, is a monument to racist, culturally supremacist, Sinophobic hatred and contempt, as has been all the Guardian’s typically villainous coverage of the outbreak. But numerous commenters have taken the filth-rag to task, interspersed with its core racist, xenophobic, scum readership. Interesting signs.

Very simply…. How can I say this in a delicate manner Richard?
Fuck the Guardian and the identity politics zombified neoliberal #MeToo #Save Gay Whales creatures who work there.
When their confected, callous, banal, empty, money worshiping little World crumbles to dust – as it will when this Empire collapses (as all Empire’s do)
I only wish I could be there to see the looks on their faces.
Hope that was clear enough?

Sheila Coombes who organised all the Media on Trial events when the likes of Lucas and York were disrupting them. Time to phone up their universities and employers asking why they employ people who are breaching UK terrorism laws.

“Time to phone up their universities and employers asking why they employ people who are breaching UK terrorism laws.”

Sure. Why not? For people who have been promoting Assad for the past 8 years, it is makes perfect sense that they are for arresting people who they disagree with politically. In fact, Tim Hayward’s gang tried to get Idrees Ahmad fired from his teaching job because they were stung by his debunking of their preposterous conspiracy theories.

Admin: Mr P did not respond to our request for clarification below, and if you read the text of the letter here you will see why. This is the letter Proyect characterises as “Tim Hayward’s gang tr[ying] to get Idrees Ahmad fired from his teaching job”. As you will see it’s no such thing. It’s Hayward and his colleagues formally protesting Ahmad’s libellous description of them as “Islamophobes” and other terms of abuse.Proyect was wilfully misrepresenting reality, and ran away once called on it.

Under the circumstances we think you need to be specific about what these ‘preposterous conspiracy theories’ are and how they have been ‘debunked’.

You also need to provide a source for the allegation that “Tim Hayward’s gang” tried to get Ahmad fired.

Failure to provide a source within a reasonable time will mean we will edit out this specific and potentially libellous allegation.