Did you sign up for The Corbett Report email update list? Are you still receiving emails? If not, why not?

On the lastest episode of #SolutionsWatch, James Corbett takes a look at one of the simple, oft-neglected ways of staying in touch with others, email, and how it is under attack from the big tech information oligopolists.

The latest utter BS from The Telegraph, 4th Sep 2022 quoting:

An app that can detect coronavirus in your voice has been developed in a major scientific breakthrough. The AI-powered technology is easier to use and more accurate than a lateral flow test, scientists say.

The only “breakthrough” here is the discovery of scientists with broken brains!

Pity they could never have discovered the actual virus in the real world to use as a gold standard for calibrating their tests, now they have to resort to the production of absolute nonsense which they hope people will see as a SOLUTION to their bogus tests that can never test for something they’ve never found in the natural world.

Hmmm! It also makes one wonder why the banks are now asking you to record a sample of your voice, is it just for “security reasons” or for Covid testing reasons to be linked with this AI-technology? In this dystopian world that’s now upon us, it now seems that anything is possible coming from the opposing forces.

What worries me is how many people will now fall for this CRAP adding further insult to injury already sustained.

Mind reading is fast approaching. Then people will learn to think correctly, and only the bravest and most reasonable, who have unshakable moral foundations and (very importantly) maintain the belief bodily survival is not the most essential in life, will resist the pressure, taking the trials unwavering and with joy.

Speaking of CRAP, I’ve already had one friend, fully vaxxed of course and probably boosted as well, tell me “they say we’ve probably all already had covid” since it was found in the sewage “tests” ya know….

So yes, there will be many who’ll go along with this latest farce of voice identification of covid. My God, just when you think it can’t get any stupider, it does!

Lizz, that’s because the perpetrators of the CRAP believe that most people are really that stupid – hopefully, they might be in for a big surprise if and when the underestimated power of the majority of people get their act together if and when they have fully awakened from their slumber.

“Calls may be recorded for training and quality purposes” was always about voice identification,
Any company wanting you to tell them why you called using automated voice there end i.e British gas do this as well as other corporation companies – it is about control.
Lets be honest the service never gets better the training part is bollocks and quality has got worse.

Years ago I worked for a risk assessor in insurance. This is around 2004. Back then they were developing voice recognition to discern whether ppl who called into the call centre to report a claim were telling the truth. Nice to see they’re still developing our panopticon.

“Calls may be recorded for training and quality purposes” was always about voice identification,

But now it might be for something else – a bit more sinister perhaps, at least where the banks are concerned! Perhaps not?

Quite sinister. The pig who stops you for a random breath test could also use his mobile phone to check you for convid.

Yes PM, all things are possible in this dystopian Wonderland – “Curiouser and Curiouser!” Cried Alice!

You’d be surprised what can be done with enough processing these days. Being able to see around corners or hear shapes, for example. That said, I can’t see how this could be tested. This sort of thing is the province of neural nets. These are like adaptable filters that take a number of inputs and produce a likely output, they’re handy for recognizing things even if they can be really easily fooled. For a net to recognize anything it has to be trained on known samples. Its too difficult to get reliable data, at best its going to be like those infrared scanners that looked at you as you entered a building and determined whether you’re running a fever. Hit and miss, really, they were more about making people feel good than a practical test of whether someone’s infectious.

The banks asking for your voice, that’s different. I’d guess you’ve not had any experience with an Amazon Echo. These devices are cutting edge speech processors (the processing’s actually in the cloud — its too complex for the home just yet). They not only sound like a person but they’re really, really good at recognizing and understanding speech, not just ‘general’ speech but an individual’s voice. They can pick a voice out of a crowd (and place that voice in space, so not just who you are but where you are). They also speak various languages, they’re even bilingual English/Spanish in the US if you want them. They also recognize common sounds — dogs barking, glass breaking, that sort of thing. I could write a book on this but if you’re curious get an Echo and find out.

Its not the only device that can listen and understand. My daughter told me a year ago that she thinks her phone is listening in based on certain advertising that was pushed at her. I kind of agree with her — its all very low key, Google’s good enough at starting firestorms to want to avoid starting another — but between knowing exactly where you are, what you’re doing, who you’re talking to and what you’re talking about……and you’re paying for it.

BTW — the audio processing in Echoes has been shown to be sensitive enough to not just detect heartbeats but anomolies in heart rhythms.

Martin, what do you think would happen when somebody’s recorded voice pattern changes due to a bad attack of laryngitis or tonsillitis, or any other acute condition affecting the throat or vocal cords and you want to get your money out of the bank pronto (that is if you have any left at the time!)? How does the tech account for the change?

An app that may possibly boost the seriously flagging covid fear factor has been developed in a major propaganda breakthrough. The AI-powered technology is easier to use and more impressively scary than the lateral flow tests that no-one gives a shit about anymore, hacks in lab coats say.

You said it George, it could indeed be “a major propaganda breakthrough!” in order to reinforce the “fear factor” of Convid along with its fictitious ghost particles they call “viruses”.

That’s the dark future we are facing: AI pointing fingers, so to speak, and off with you to a “quarantine camp” (in Australia: “Wellcamp” – I kid you not) with forced medication.

I seriously think politicians are in the double-digit IQ range OR they are gleefully rubbing it in, what with Orwellian names, such as Wellcamp.

VT, ultimately you might be sent to a “quarantine camp” for psycho-correction if you do not submit or conform to whatever they desire you to submit to further – AI or no AI – as you will be likely to be diagnosed as ‘not right in the head’ which of course means that such a state of mind must be corrected and changed to whatever version of ‘normality’ is desired and imposed by the oppressors.

Let’s hope it NEVER gets that far and people muscle up enough courage to resist and STOP the fulfilment of the agenda that the dark forces have in store for us all if nothing’s done.

I have never watched a solution watch and gone wow I will use that solution.

UK Breakfast TV wheel of fortune, Will they pay this man’s energy bills?

The virus doesn’t exist and the public can handle the truth.

What have you seen that indicates to you that it can?

Are you saying they died of typhoid? Trying to escape?

Only the good die young.

A society made up of mostly low moral and low spiritual people, possessed by fear and need, already overrun by a virus.
Must live like a vaccine.

What happened to the Monday Memes?

They were eaten by a indigestabot whilst skiing on the sand dunes amongst the Antarctic forests.

So they misled me that they died after successful treatment according to the covid protocol.

They probably did.
Then, of course, they probably didn’t.
They can being very misleading, primarily due to them not being well led.
Therein lies the conundrum, before it sits up and takes a stand.

It seems so complicated that it can only be understood in a state of deep trance in a hut in the middle of nowhere, after a month of wild honey and herbs.

You are very adroit in your ability to combobulate discombobulations.

I don’t lack skill, but unfortunately I don’t have enough brains. I intend to steal from yours as an apprentice steals from a master.
That’s basically why I’m here.

You cannot steal that which is given freely.

You’re probably the only one, Ernest. 🙂 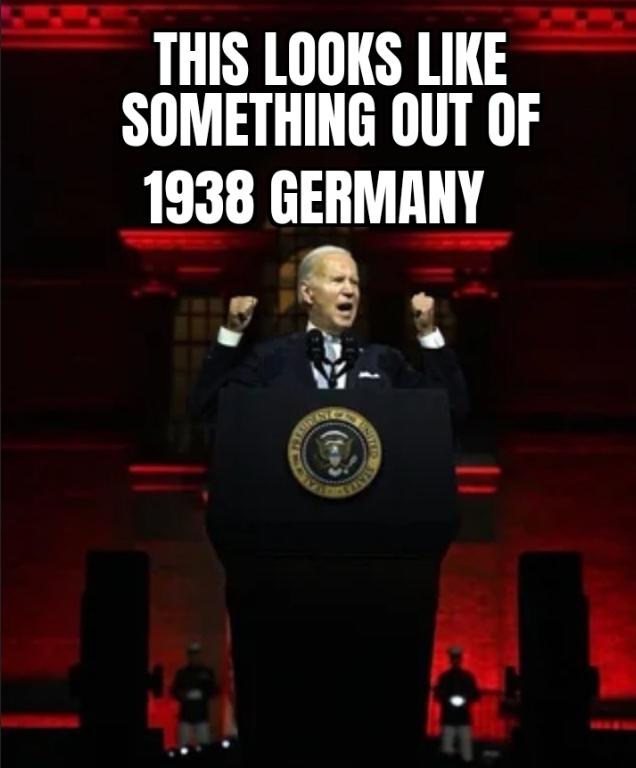 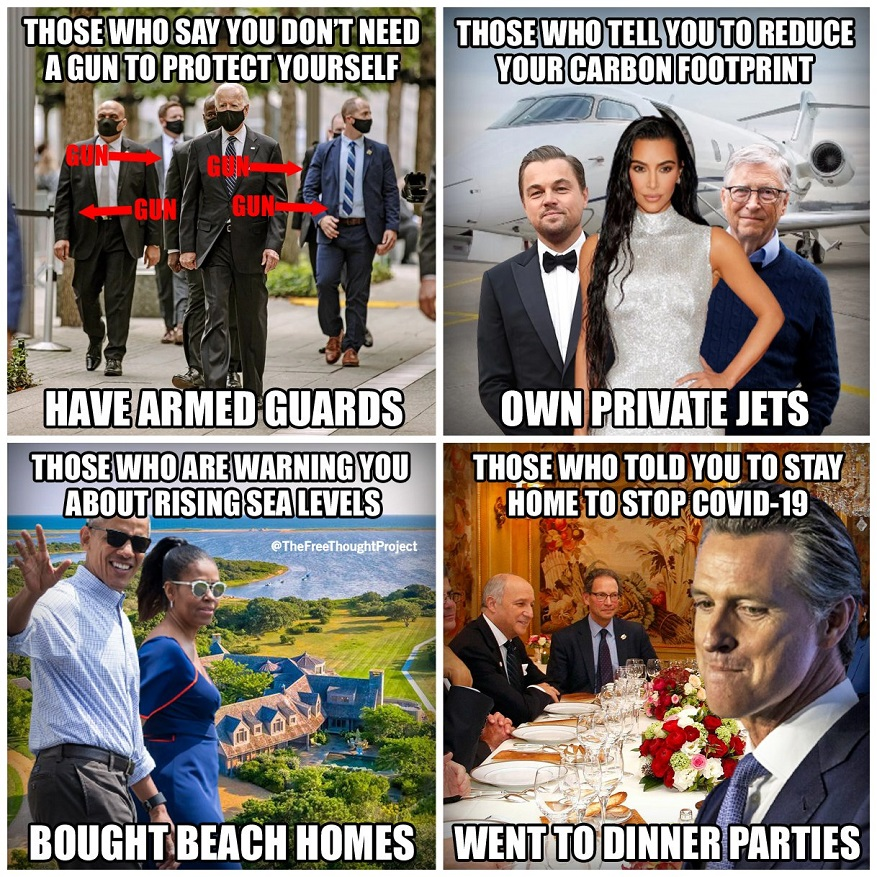 No wonder satan is always a little grumpy, people just continue to pick on her all the time… when all she really wants is a nice Devonshire tea in the countryside and maybe a convivial round of croquet before a nice nap under an apple tree.

Exactly, the Hobbits defeated sauron ‘cos they couldn’t be corrupted.

It is the Western world that have made the banksters omnipotent. (At least as far as human affairs are concerned).

If the threat to Satan is the only real brotherhood among Western people, then I feel more and more that he has sent me, for reasons unknown to me, as a spirit subverter in the OffG.

That is, the ominous dark black and red background – I have a theory about that:
The New Normals, Covidian Cultists etc, will not notice, at worst they will think it a bit odd. (As their tolerance of cognitive dissonance seems to know no bounds.) They still believe the CIA’s concocted “Trump Derangement Syndrome”, and think that Trump and his followers are the source of all things fascist.

Of course they don’t even know what fascism is. Fascism besides being the union of state and corporate power (think the MIC and Big Pharma) it is also characterized by a dominant control of the media, 24/7 propaganda and censorship as well as dominant control of the military – none of which Trump had. The features I describe do however describe the Party currently in power.

The ominous look is intended for us to further polarize the country.