In this episode of Perspective, Jesse Zurawell is joined by Isa Blumi, Associate Professor at the Department of Asian and Middle Eastern Studies, Stockholm University.

TNT Radio is a 24/7 internet radio station, available here. You can also listen to back-episodes of Perspective here

A lot of good information in this interview. Thanks for publishing this here.

That could be described as overblown .

The BBC is taking the credit for having a group of over 300,000 vaccine injured removed from Facebook:

the BBC is a Big Bad Cog in the wheels of authoritarianism, only all UK TV owners have to pay for their own deception. Kafkaesque. Why do people want to work there, when you can be an honest garbage collector or anything else?

When Oklahoma City happened I said it was a rehearsal, a confidence-building practice for the nation of the “swarthy-skinned man who rented the Ryder truck.” The truck was a kind of lone gunman that took down the Murrah Bldg; actually of course it was explosives on the columns within the building.

OK City was also transparently false in so many details. The media wasn’t so widely controlled in 1995. One story that appeared in a Dallas paper– seems the Governor of OK’s son was a writer who hung out with FBI types. He wrote a manuscript which he sent to a publisher before the bombing, and the bomb-wielding villain in it was named “Timothy McVey” and he was caught when he was stopped due to a precariously hanging license plate. (Real patsy who worked for CIA was Timothy McVeigh & he was stopped for a similar reason.)

I was then subscribing to a brand-new magazine called Media Bypass. OK City went down about its 3d issue, then a neighbor of the man who published it turned out to be a retired military explosives expert– and an honest man. The following edition was given over entirely to a complete expose of OK City. It was a beautiful thing to behold!

But the band played on. Even the challenging questions of the reporters on CSPAN had no power to stop it.

And the one thing that I personally learned from OK City is that information alone is insufficient. We have to have a Plan. A plan of action that people can join. A conspiracy theory without a revolution is a poor and hopeless thing.

Calling it “A War Against Humanity” suggests we (Us Humans, that is) are being attacked by other species (viruses ?) or Aliens (Ick’s Lizard People ?)…
But properly termed, it’s an intraspecies War, or, Them against us…

Off-G, I know my comment was off-topic, but since it deals w NATO openly joining Ukraine in the fighting, surely that’s important?

You’re not the only one. I made what I would consider to have been an important post yesterday, which never appeared.

… a post on the prospect of a ‘multipolar world order’, which is surely also worth discussing

les, yeah, but according to a CairnsNews story only 20% of the Kharkov offensive were Ukrainian! And an RT story said the Pentagon was boasting about its management of the action. It appears Polish regulars, and fluent speakers of English are part of the soldiers– as well as Blackwater.

IMPORTANT: This video contains a plethora of untold information, including hacked emails between the NIH and EcoHealth Alliance. Proof of intent for the creation of COVID-19, poof of funding for the creation of COVID-19. Many unknown facts pertaining to vaccine development that have been withheld from the public. I urge everyone to watch this video very carefully and pass it on to all. There is no need to subscribe to this channel as this will be the final video posted, channel already has two strikes against it and has been demonetized. This video is of course at risk of YouTube censorship and removal. 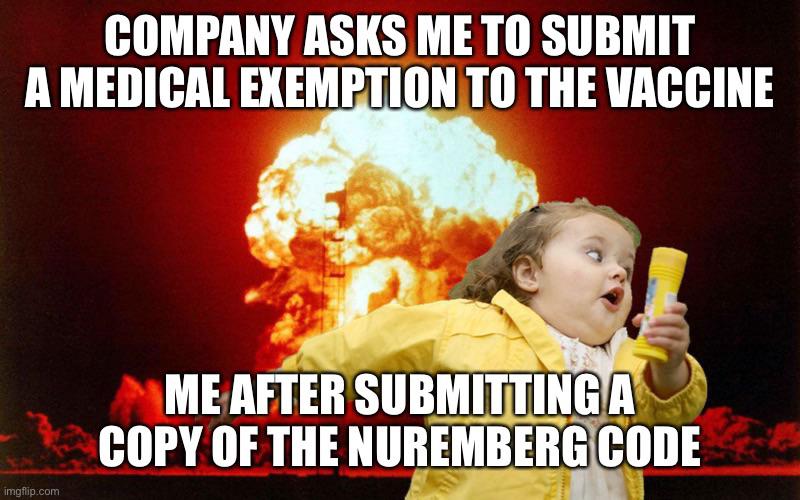 “THE REPUBLICRATS— the Political Racket so corrupt it need two aliases.” 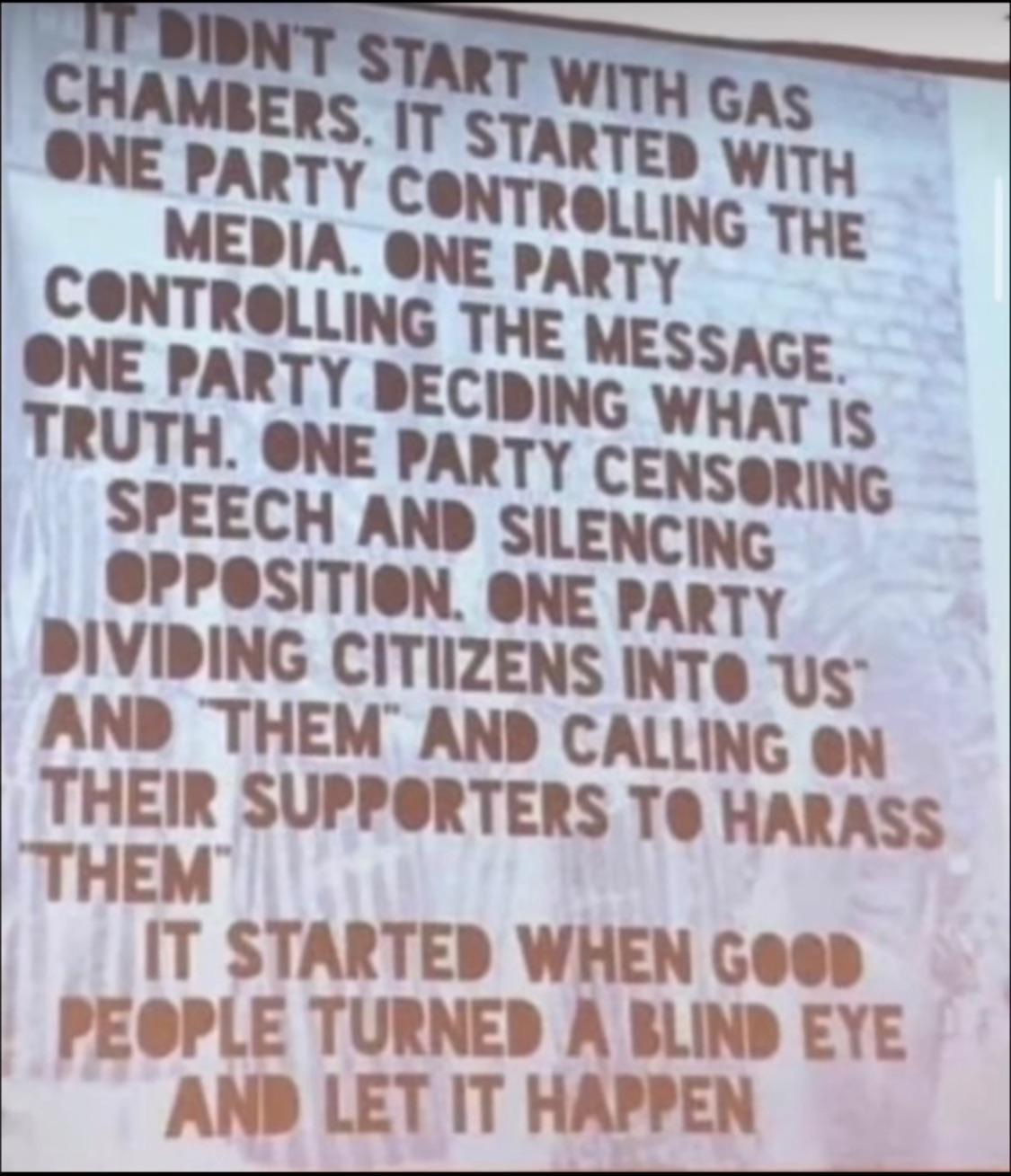 Our enemies are ignorance, fear and complacency.
Our friend is Truth.

Lol. Somebody actually downvoted that. What a pointless mouse click…

For what it’s worth, I believe we have only one enemy: The media.
Without them, Truth could shine, and we’d all recognize it.

You’re right. We do have only one enemy: the Media.

Reminds me of how, in Sept. 2020, my younger brother (now 56) demonstrated just how brainwashed he is. I’d been providing (since March 2020, and ongoing…) my family members and friends with a wealth of trustworthy data re. what’s really going on. And yet, sadly, they’re all [with the exception of two friends who were already ‘awake’] so immensely gullible and brainwashed that they’ve ridiculed and, thus, disregarded, all the evidences which I’ve provided them with. He, my brother, had the audacity to say to me, “You’ve still not given us any credible sources”. Hahaha!! What he regards as ‘credible sources’ being the MSM!!

And yes, they’ve all [‘of course’… from their perspective… ie, from their lack of understanding] ‘rolled up their sleeves’ and had three [and some of them four…] injections each. They don’t understand why I’ve absolutely refused to do the same.

What’s with this one enemy crap? You do seem to exist here to water down reality wardropper.

Any gov, corp, media org, individual, state body or similar that uses it’s power/position to mislead and deceive, putting profit/self-interest before health and well-being of citizens and environment is the enemy. I haven’t even mentioned conflict and managed crises.

Are you for real? ‘The media’ disappears and truth shines and bad actors become good? Nonsense.

You’re right, of course, in a deep sense. However, all the other enemies of the truth (government corporations, ‘health’ ‘professionals’, etc etc) in most cases are spewing out their lies to the gullible masses via the MSM.

So in that sense, it’s stating the truth to say that the main enemy is the ‘mainstream’ Media.

Maybe I didn’t express myself well enough in my post to you just under a couple of hours ago. I do, of course, know full well that its the evil, psychopathic people who created the immensely corrupt system, and who run it, who are the wrong-doers, the perpetrators.

I suppose some people are ‘awake’, I’m pretty groggy, but I’d say you are falling in and out of sleep.

At least you are not fast asleep, like the majority !

You are still asleep if you think we are on a globe earth, with given dimensions.

Don’t know if it is flat or any other shape.

Scientists of the past like Isaac Newton, Galileo Galilei, etc, proved that the planets are globes, orbiting the Sun.
They proved it.
Hence the Earth will be the same.

Whether or not you regard yourself as a ‘flat’-Earther, I’ve read that many FE’rs claim that the Sun is just 70 miles from the Earth!! Come on! That is total and utter nonsense. Most FE’rs are Christian Fundamentalists… ‘bible’ literalists. Hence no wonder they’re misguided!

Many of them even claim that the stars in the sky ‘don’t exist’… that they’ve been “created by CGI”!!! As I’ve mentioned before, here on Off-G , re. that, that is total and utter nonsense. For one can see the stars with one’s own eyes. I made the point, some weeks/couple of months ago, on this site’s forum, that one can even see, with one’s own eyes (if one is informed on astronomy/the ‘constellations’, which I am; I studied astronomy and cosmology at the tender age of 10 – ie, 53/54 years ago) such things as globular clusters [for eg, the Pleiades, in Taurus], and nebulae [for eg, the Orion Nebula, in Orion] with the naked eye; if one knows where to look. Hence of course they are not ‘created by CGI’.

An Australian lady on this site made the point, in this regard, a couple of months ago, that sailors in earlier centuries [and maybe, to a degree, even now] used to navigate by using the stars that they could see with their naked eyes. Because they, the stars, do most definitely exist!

There is always a specific motive for the evil ‘Powers-that-should-NOT-be’ when they lie to the masses about something big. And there is no motive for them to lie about the shape of the Earth!!

Wake up !
Everything you have been told since you were born is false.
Everything.

I am most definitely already ‘awake’. I repeat what I said in my post to you approx. 90 mins ago: ie, that there is absolutely NO motive for the evil Powers-That-Be to be lying re. the shape of the Earth.

Likewise, I repeat another point I made in that post: ie, that people can themselves see the stars in the sky with their own eyes. Hence they are most definitely not ‘created by CGI’.

I’ve been ‘awake’ for more than 40 years. And I am most definitely not going to join you ‘FE’ people!
The fact that the Globalists who run/control the world lie about many big things life does not mean that they’re lying about the shape of the Earth. People thousands of years ago (scientists, philosophers, etc…. for eg, Socrates, Plato, to name but two of many) knew that the Earth is a globe. You can deny it if you like, but you’d be on the wrong side of this ‘argument’.

I’ve been carrying out scholarly research into many, many big subjects/areas of life since the tender age of ten [ie, for 53/54 years, being 63 now], and I became aware, very early in my life, that the Establishment were lying to the masses re. a multitude of things. But they are not lying re. the shape of the Earth. They don’t have a motive for doing so. And for all the major lies that they spew out, there’s always an obvious motive for their lying.
There is no motive for them to be pretending that Earth is a globe if it was otherwise.

I think we’re probably on the same page on this one!

A little more off topic: Germany could nationalize Its biggest gas importer
https://newsingermany.com/gas-trader-uniper-could-be-nationalized-economy/

U>.k been saying similar things. Kit knightly wrote a half decent article about this a few weeks back.
we smell something fishy…. with the nationalization.

Btw they was in the hands of the people and got sold off before being sold off for dirt cheap they was forewarned this could happen.

Perhaps you can also link Redacted with Clayton & Natalia Morris and Neil McCoy Ward while you are at it?
Nothing but doom and gloom on the horizon but if you invest with me you can also be financially independent…….lol.

He was coronated exactly at the time of the full moon, 11h. The numerology for the day was 7. 7 in official numerology relates to God. Him now being the head of the COE. There is no way on earth that this was not planned down to the smallest detail. Rituals galore. Happily the work had already been completed with the moon for the other side, it is a spiritual war.