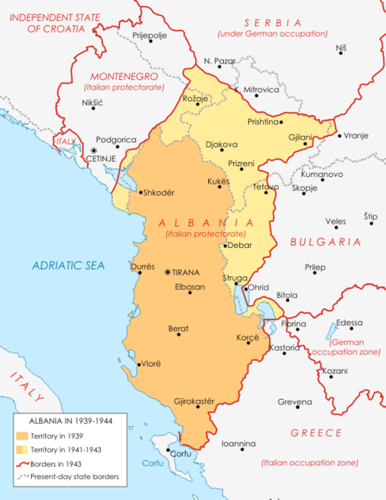 A Greater Albania created by B. Mussolini and A. Hitler in 1941−1944 as a direct political inspiration for the present-day nationalistic projects on (re)establishment of a Greater Albania. It has to be paid a special attention that the northern part of Kosovo-Metochia was not included into a Greater Albania as exclusively populated by the Serbs