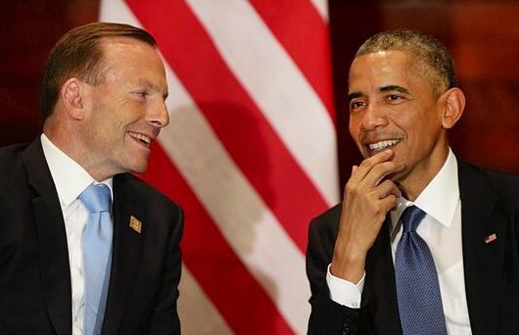 Obama and Abbott meet in Beijing, November 10, 2014. Obama said: “Obviously, the men and women of the Australian armed forces have terrific capabilities and on many occasions have made extraordinary sacrifice. So first and foremost, I want to thank [Abbott] for the security partnership that we have.” Source: https://www.whitehouse.gov/the-press-office/2014/11/10/remarks-president-obama-and-prime-minister-abbott-australia-after-bilate