A Hostage Drama in Istanbul: Radicals Killed by Police 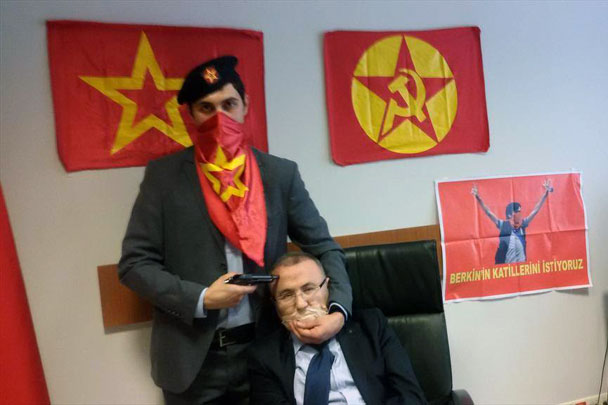 ISTANBUL, TURKEY, RT.COM. Turkish security forces cut short a standoff with a far-left group that captured prosecutor Mehmet Selim Kiraz, when they launched a storm on an Istanbul court. Local media reported that all hostage takers are dead, and the court official wounded.

Kiraz was taken hostage by the Revolutionary People’s Liberation Party-Front on Tuesday afternoon. The official gained public notoriety leading the case of Berkin Elvan, a 15-year-old protester who suffered injuries during the anti-government demonstrations of 2013.

Elvan, who fell into a coma and died nine months later in March 2014, has become a symbolic figure for the street opposition movement in the country.

Not much accomplished to a certain extent, but it gives them some publicity.

What on earth did they think they’d accomplish, these “far left radicals”, except get themselves killed by the state?

Btw, either I’ve missed it, or our MSM have been strangely silent about the post-protests political and civil-society developments in Turkey since 2013.