Profit and the Arms Economy

This news, relayed a few months later by the Canary, should have caused a storm in anti-war circles. In fact few noticed. Debate around Trident continued to centre on whether or not it was (a) insurance against a credible threat, (b) worth a price tag running to hundreds of billions,[1] (c) a diversion from more efficient uses of arms spend, or (d) intrinsically deranged.

That last comes closest to the truth, to be sure, but too few of those who see nuclear weapons as monstrous are taking in the full picture. That ‘deterrence’ industries operate to a rule book written by Catch-22’s Milo Minderbinder, aka the demented laws of capital accumulation, is an aspect frequently lost sight of when discussion is confined on the one hand to pragmatics, on the other to moral absolutes.[2]

Bear with me a moment. Back in the eighties, with the world again on the brink of realising its worst nightmare, Socialist Workers Party had the strap line, “Neither Washington nor Moscow”. Other left sects denounced this as a sop to popular sentiment created by market driven media in what Herman and Chomsky would later call the manufacture of opinion.

Those sects were no less dismissive than SWP of a USSR leadership they saw as freeloading on the property gains of 1917 while incapable of defending said gains against a Western imperialism that would never accept – could never accept, other than as a temporary setback – the closing off of one sixth of the world’s land mass to profit.

All the same, SWP’s left critics rejected the moral equivalence implicit in ‘neither Washington nor Moscow’. There were many aspects to this but what matters here is that the very natures of capitalism on the one hand, top-down economic planning[3] on the other, have hugely different implications for their arms sectors. Every dollar spent by the US on arms is: 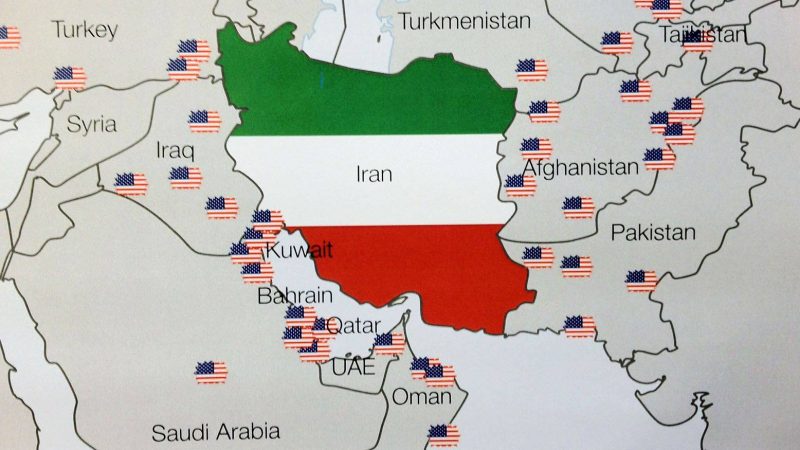 In stark contrast, every rouble spent on arms by the USSR was a drain on its economy. Indeed, forcing that economy to its knees via the diversion of labour values from industrial and welfare infrastructure to a spiralling arms race was an explicit goal of the Reagan era.

So what? The USSR is history. It is, but the arms industry of today’s Russia shares two striking features with its pre-1990 ancestor. First, it is largely under state control, which is not quite the same as being state funded – though it is that, and to a degree America’s pork barrel senators would denounce as communistical.[5]

Second, it continues to be a drain on the Russian economy, holding back the gains made since the departure of the drunken buffoon, Yeltsin. A drain on the economy. Think about that. Arms spend, in a sane world, bloody well should be a drain! That a Western public has ‘learned’ to accept arms for profit as normal and even desirable is of itself a pretty clear indicator of how far we’ve travelled the road of moral turpitude, and imbibed the logic of Alice in Wonderland.

I’ll close by handing over to Eric Zuesse. Writing in OffGuardian, he begins:

Consequently, either their government will control them, and those firms won’t have any effective control over their own markets, or else those firms will, themselves, control their government, and thereby effectively control their markets, via the government’s foreign policies — not only via expanding its military alliances (those firms’ foreign markets), but via its designating ‘enemy’ nations that it and its ‘allies’ (those arms-producers’ foreign markets) can then use those weapons against.

[1] Even some trade unionists defend Trident on the ground it creates 30,000 jobs. Do the sums. CND puts Trident costs at £200bn. Divide by 30k and we see that each worker could be given £6.6m each and sent home. OK, CND may be inflating the figure – though long experience suggests costings for such projects are invariably underestimated – but however we slice it the jobs argument for Trident is absurd.

[2] Speaking of moral absolutes, while nuclear weapons terrify me, in the here and now it would be madness for North Korea to ditch them, and madness for Iran not to make their acquisition a burning priority.

[3] “Soviet Union” was a misnomer, Stalin having abolished the soviets, one of whose functions would have been more responsive bottom-up economic planning, in the late twenties.

[4] In The Global Minotaur, Yannis Varoufakis sets out how – in the context of the need of all ruling classes not only to extract surplus value but to store and/or recycle it – post WW2 America became the first economy ever to make permanent debt profitable.

[5] There are those in arms geek circles who say Russia makes better weapons – SAMS, tanks and small arms in particular – because their primary purpose is to deter and if necessary kill, whereas the primary purpose of armaments in the USA is, one way or another, to make profits.

This is a good article about the US war machine
https://www.globalresearch.ca/why-america-needs-war/5328631

“Speaking of moral absolutes, while nuclear weapons terrify me, in the here and now it would be madness for North Korea to ditch them, and madness for Iran not to make their acquisition a burning priority.”

I have yet to be convinced that Iran has any desire to obtain nuclear weapons.

Well I don’t know about the Ayatollah’s intent either, John2o2o. I was speaking to the logic of the fix they’re in. Right now their best insurance against US aggression escalating into outright, falsely flagged invasion would be a nuclear deterrent.

They would be mad not to. Israel is constantly agitating within the US for anti-Iran measures, including direct attack.

Every country in the world should have them, or none. Maybe it’s time to democratise nuclear weapons. If the utterly vile Zionist Regime has them, everybody else should as well.

If Iraq/ Yemen/ Libya had them, millions of people now dead would still be alive. Millions of people. Regardless of what regime rules a country, its first duty is to keep its people alive. Pakistan and DPRK have done it, so everybody can. People have to do what it takes to protect themselves from Murder and Mayhem Inc., AKA the Yew Ess Ayy.

Take the profit out of war and warfare will be as dead as the dodo.
This can be done relatively easily and simply The Neutrality Legislation of post WW1 USA would be a suitable template.
No private arms manufacturing or trade, all a government monopoly. No bank loans to countries at war. Strict state control of the wartime economy, with a closure of financial markets, strict control of wages, incomes, prices, rationing and taxes to pay for the war. No draft dodging by the rich and well connected.
If this had been the prevailing situation, Vietnam/ Iraq and all the rest would never have happened. If a new war threatened the annual bonus, Goldman Sachs would turn into fanatical pacifists overnight.

This has always been the case with warfare through the ages.
The Hundred Years War was waged between 1337-1453. It was a disaster for both countries. The French countryside was ravaged and devastated for decades. There was crippling taxation in England to pay for the war, leading to the 1381 Peasants Revolt. But it was fantastically profitable for some of the aristocracy and the mercenary captains, who became the richest man in the country.
Not much changes.

I completely agree. The solution is to use democracy for what it was intended. In the West it has been gamed comprehensively. Here the punter has a choice between the Tories, afflicted with the same condition as Oz’s tin man, and Labour riddled with dissension, excelling in backbiting and eating their young, but all told, hardly any different. The single issue fanatic parties as Safire called them, don’t yet provide credible alternatives for those concerned with global issues.

In the US, it is depressingly similar. The ragtag gaggle of deeply unattractive Dem challengers, are backbiting before anyone knows what they stand for, other than themselves. Some even make the odious Trump look like a candidate. The obsession of the MSM, first with the election results in which they claimed Hillary won, gave way to ridiculous China-bashing and Russia-scaremongering, and now has been distracted by preoccupation with his taxes and finances. Clearly this all with the goal of further delegitimizing his presidency, damaging his prospects both in business and for reelection. It may backfire but Hobson’s choices have characterized the elections for decades.

A power vacuum should usher in centrist third parties but where are they? Perot did very well but what are they afraid of?

Using the electoral process to legislate against war profiteering could be an attractive platform. The prosecution and imprisonment of Blair and Campbell inter alia for Iraq would be popular. There are many other more important issues but a centrist party to be would have much to choose from. The time seems right and the losses by both major parties in the local elections show the depth of dissatisfaction, which neither the Tories nor Labour seem to have taken in.

I may agree with your first paragraph, but fail to see how you would see that put into practice.

I have to disagree with your assertion about riches in the final paragraph. Money has less meaning in cultures without banks.

It WAS put into practice (partly) in the aftermath of WW1.
There were banks in this period, the Templars, the Florentines, Aaron of Lincoln in England.
As to money having no meaning, I find that odd. Money then was gold and silver coin, not the worthless toilet paper we have today.
Wealth was held mainly in the form of land. One of William the Conqueror’s right hand men was worth £53 billion in today’s values. I think his money probably had a lot of meaning to him.

Trump needs to fire the 3 Warmongers and physcos from his administration, before they start World war 111. Bolton, Pompeo,and Abrahams are dangerous clowns with nothing on their mind only war war war. Let them be first on the battlefield when they are so willing to start. War’s