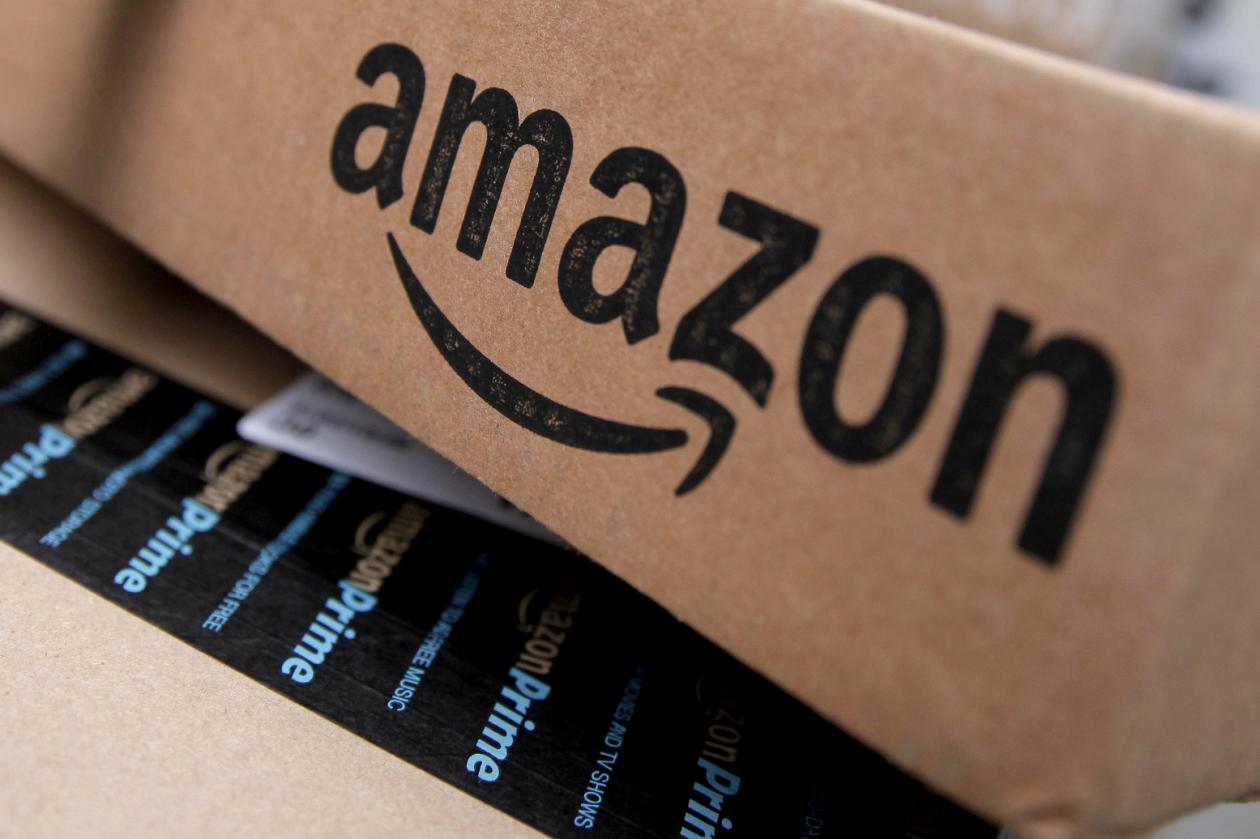 An enduring US political tradition was in evidence in Seattle recently.  Amazon had decided that the city council elections would be too important to leave alone.  Seattle was their city after all.

The aim of the company was much in keeping with the manor lord who prosecutes keen poachers: fund pro-business candidates sympathetic to its cause and defeat such Amazon critics as Kshama Sawant in their home town.

Councilmember Sawant has become something of a minor celebrity and hate figure in Seattle political circles, having battled for a $15 minimum wage in 2014, and promoted the merits of an employee head tax in 2018.

That tax policy, entailing a levy of $275 per employee on Seattle businesses making more than $20 million a year, was duly repealed in the face of heartily aggressive business opposition.

Amazon preferred the blackmailing solution, floating the suggestion that it might leave Seattle, and halting construction projects.

The seeds of fear were sown.

Business figures justified their opposition on the grounds that taxes are not solutions. Homelessness, for one, did not abate.

When invited to participate in a task force seeking explore possible “progressive sources of revenue” in 2017, local businesses turned up their noses at the chance. According to Heather Redman of the venture capital firm Flying Fish Partners, this was so because

it was showing up to something where you are going to be yelled at, and you will not be listened to.”

In the scheme of things, Amazon was throwing a modest sum in this campaign: $1.45 million to the Civic Alliance for a Sound Economy (CASE), a political action committee proudly supported by Seattle’s chamber of commerce.  CASE, in turn, was backing candidates in seven seats of the nine member city council, hiring canvassers for door knocking efforts and purchasing advertisements.

Whatever crumbs Amazon offered the Super PAC in question dwarfed its donation from four years ago, an alms-for-the-poor $25,000.

The funding spike by Amazon did not go unnoticed in the federal scene.  This was Corporate Mammon having a splash, and presidential aspirants Bernie Sanders and Elizabeth Warren were concerned.

Last month, Sanders noted that, “In a city struggling with homelessness, Amazon is dropping an outrageous amount of money to defeat progressive candidates fighting for working people.”  Amazon’s conduct was “a perfect example of the out-of-control corporate greed we are going to end.”

Senator Warren openly expressed her support “with the Seattle council members and activists who continue standing up to Amazon”.  This also gave her a chance to reiterate her point that, “Corporations aren’t people, and I have a plan to get big money out of politics.”

US Rep. Pramila Jayapal was similarly troubled, claiming that Amazon had placed, “Not just a thumb, but a fistful of cash, on the scales of democracy”.

Amazon spokesman Aaron Toso responded the way of all companies who wish to diddle democracy: cite efficiency, smooth-running operations and the merits of business acumen.

“We are engaging in this election because we want Seattle to have a city government that works. Seattle deserves a council that delivers results for all of its residents on issues that matter, like homelessness, transportation, climate change and public safety.”

This rather cheeky take is elementary enough: Amazon will get candidates across the line who will be more active supposedly tackling problems that Amazon helped, if not create then certainly feed.

Progressive candidates and incumbents can be accordingly blamed for not addressing homelessness and having a fetish for regulations and the deity of red tape. But the reason behind the company’s response lies in the ills of taxation: why tax these great American patriots who do so much for the reputation of Seattle?

Amazon is certainly correct in pointing out that opposing candidates have also received their donations.  Being the United States, land of speaking money and action committees, funding has also been forthcoming from venture capitalist Nick Hausner, service workers unions, and hotel worker union Unite Here.

Nothing, however, can quite compare to the scale of Amazon’s influence, which amounts to an uncivil religion of sorts.  Akin to a monstrous church organisation, it can afford to sin and forgive sinning. It offers dispensations and punishments. It can also absolve itself.

One such gesture came in the form of building a homeless shelter crudely described as “state-of-the-art” (because you know they are worth it).  Its singular feature? Being located in an Amazon corporate building.  A charming move for a company famously resistant to paying its share of tax.

The council race has not quite gone the way of Amazon.  On Tuesday, the CEO of the Seattle Metropolitan Chamber of Commerce, Marilyn Strickland, proved hesitant in making any pronouncements.

Tonight’s initial returns are not definitive enough to call these close races.”

This is not a city council that the Chamber and Amazon wanted or expected to see after (their) investment.”

The corporate dollar had not stretched with conviction.

Sawant has made a good fist of things despite initially trailing in District 3 by more than 8 points.  “We faced an onslaught of corporate cash,” she explained to supporters at an election night party.

“If anything we underestimated the brazenness of (Amazon CEO Jeff) Bezos, corporate real estate, and big business.”

After Thursday’s ballot drop, she was within 2.5 points of challenger Egan Orion. But irrespective of what happens in District 3, the role of Amazon in this electoral contest is symptomatic of a broader, and biting issue of US politics.

Companies have no need to run for office to change policies inimical to their revenue; they just have to buy the relevant elected chamber.

That said, voters of the more progressive persuasion can at least take heart that such efforts of purchase do not always succeed.

I started using it in 1999 and rely on it for everything from garden seeds to birthday gifts. Fast delivery is very important now. And I would recommend the fleet management dashboard template, I am impressed with their results.

” “Not just a thumb, but a fistful of cash, on the scales of democracy”.”
The above quotation sums it up so very well when it comes to US politics and the way it is run.
It is the best democracy money can buy.Screw the working people,with enough money they can be made to see it their way, especially at election time ,when they work themselves up into a frenzy.

All well and good to take Seattle to the next level, with taxpayer receipts. But the money comes from jobs, not the City Council. Great care must be taken to balance all interests. Jobs and taxes pay the bills. Taxpayers balance tax bills versus quality of life. The City Council only sees their “mission” and you can’t stick your finger in the taxpayers eye and righteously get away with it forever. The City Council has a worsening drug addict homeless problem. In business, that’s failure and end to your business. In Government, it’s Amazon’s fault, seemingly never the fault of the City Council that the drug addiction, and mentally disturbed population grows larger, and larger. Companies can leave to places where their tax environment is more welcoming. Then who pays for the City Council’s largesse? City Council members tenure is election cycle to the next. The damage they can do with their good intentions, and then their bad unintended consequences can last much, much longer. The Democratic establishment got control of everything this last go around, got their wish list, and taxes went way up. Takes time, but eventually you end up with a big bag of promises and no way to pay for it. The big montrous villain Big Business can move.

People use Amazon because they make it easy for people to buy stuff. I told like that they are turning into something of a monopoly and not paying enough taxes, but that’s the fault of UK Plc politicians as far as the impact of Amazon upon the UK.

Admin – i really don’t want to go off-topic but a week into the general election and Off-G have not a single article on it?

Where are we to post on the fun and games?

Perhaps a blank one saying ‘discuss election’ would be the easy option?

I do hope you guys aren’t choosing to avoid it.

Why would we be avoiding it? We ran a discussion thread when it was first announced. The campaign has been incredibly un-noteworthy since, beyond the signs the Deep State may be pivoting to Corbyn.

But maybe we’ll open another discussion if people agree with you?

Readers it’s your choice! A bounty of voting.

But Catte, un-noteworthy? I beg to differ. The PM going off-piste or should that be, going off pissed? The failure of balanced broadcasting with the Austin story? The failure to publish the Russian interference report? Trumps intervention on Farages national radio show? Farages daily national radio show as a political party leader? The BBC soft selling Johnson? The Guardian going full on religious division today not just Jews against Labour but Hindus too and both these against Muslims?

I know there is the potential actual military coup against Trump to keep us amused https://www.greanvillepost.com/2019/11/05/cia-fbi-fight-for-their-lives-as-russiahoax-implodes/

But probably the most significant class based election since 1945 is in my opinions not unworthy of full, daily inspection as millions make choices and thousands quaver in their boots incase that is a decision they won’t like. Like they didn’t in 1945.

i think the Fromage show has been suspended on LBC during the election period.

I agree. This is, after all, a British news site, yet most articles seem to be about the USA, US politics, Trump, etc

Seattle was their city after all.

Why? Boeing, JBLM and Microsoft all have more employees than Amazon there; Bill Gates there too. https://www.tripsavvy.com/biggest-seattle-area-employers-2965051

Bill Gates lives there too.

Yes, well, they’re all big friends of the working man, too, now aren’t they!

Why, is there more solidarity amongst the 1% than the workers?

‘Voters of a progressive persuasion’
I think you mean the educated middle class and/or the erudite working class (yes, they do exist) Binoy.
Problem is, they are a shrinking minority in most Western nations because of the decimation of public education and the stranglehold of the media by vested interests.