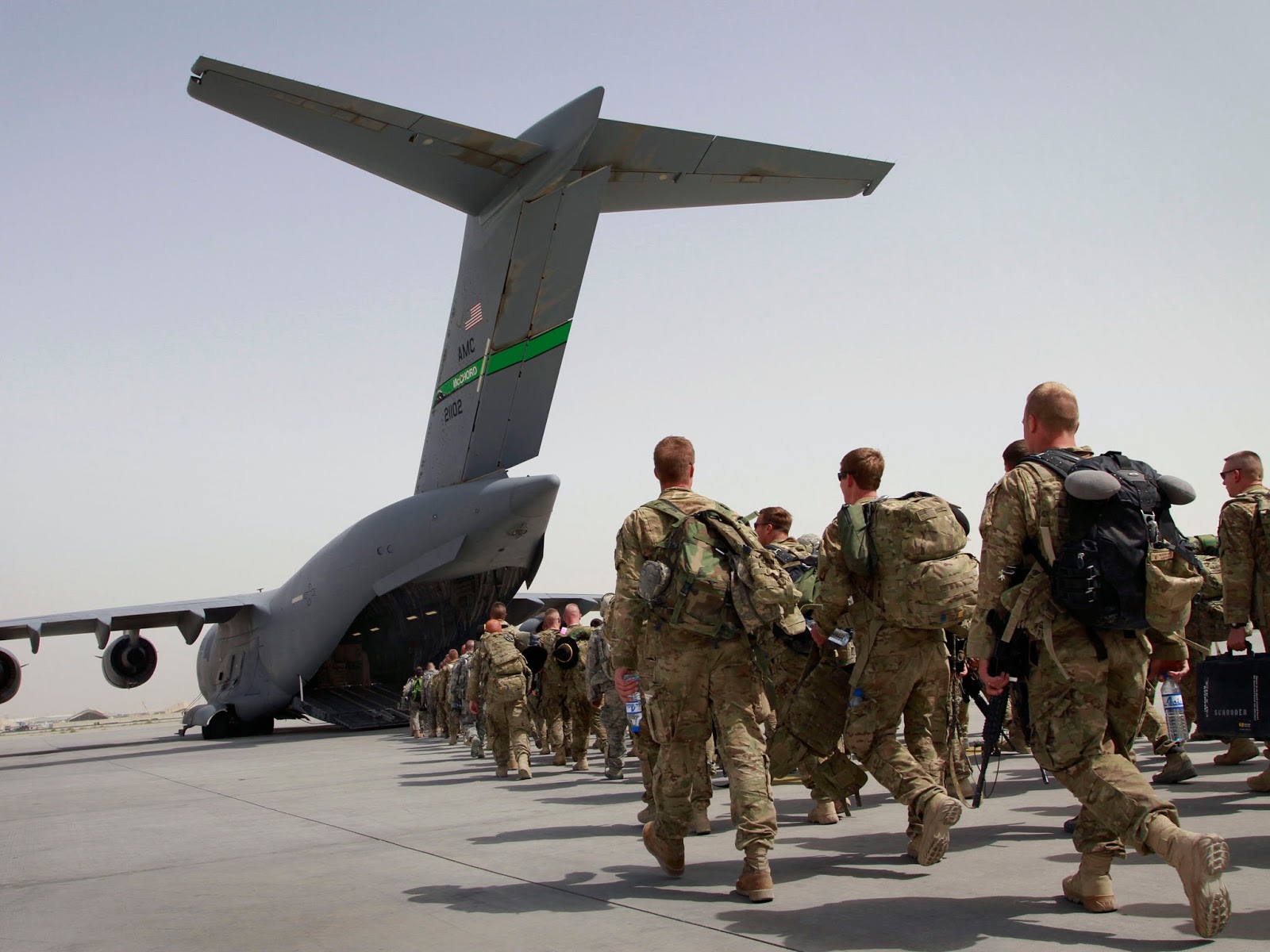 U.S. soldiers walk to get in to a U.S. military plane, as they leave Afghanistan, at the U.S. base in Bagram, north of Kabul, Afghanistan on Thursday, July 14, 2011. The first groups of the U.S. soldiers are leaving Afghanistan as President Barack Obama announced last month that he would pull 10,000 of the extra troops out in 2011 and the remaining 23,000 by the summer of 2012. (AP Photo/Musadeq Sadeq)