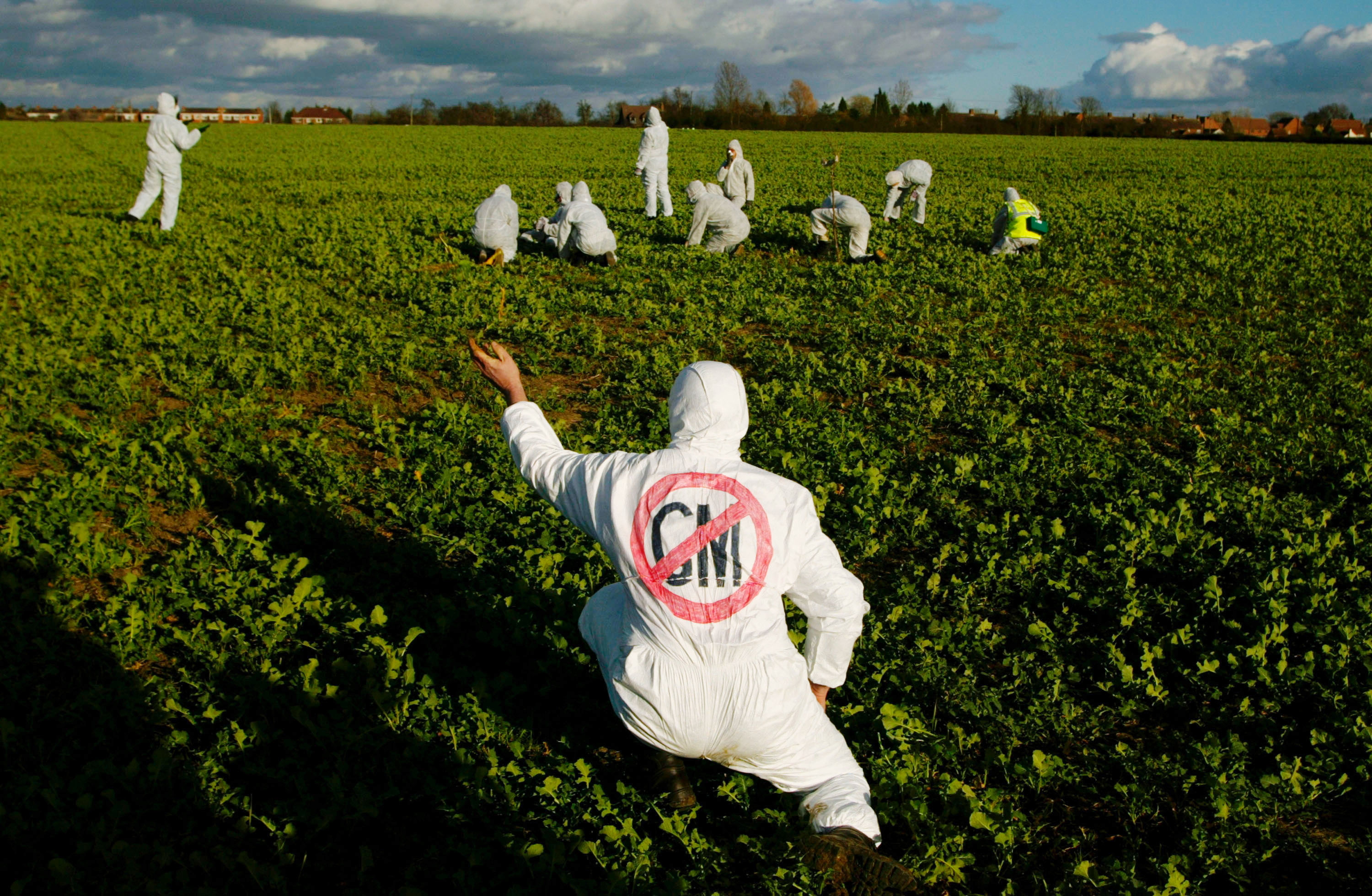 402093 01: A protester tears up a genetically modified (GM) oil seed rape plant March 9, 2002 at a demonstration against genetically modified crops at a farm in Long Marsden in Warwickshire, England. The farm is being used as a government test bed for GM crops which the protesters say will pollute the environment with GM pollen. 80 protesters performed a mass trespass onto the farm and tore up the plants before being arrested. (Photo by Sion Touhig/Getty Images)