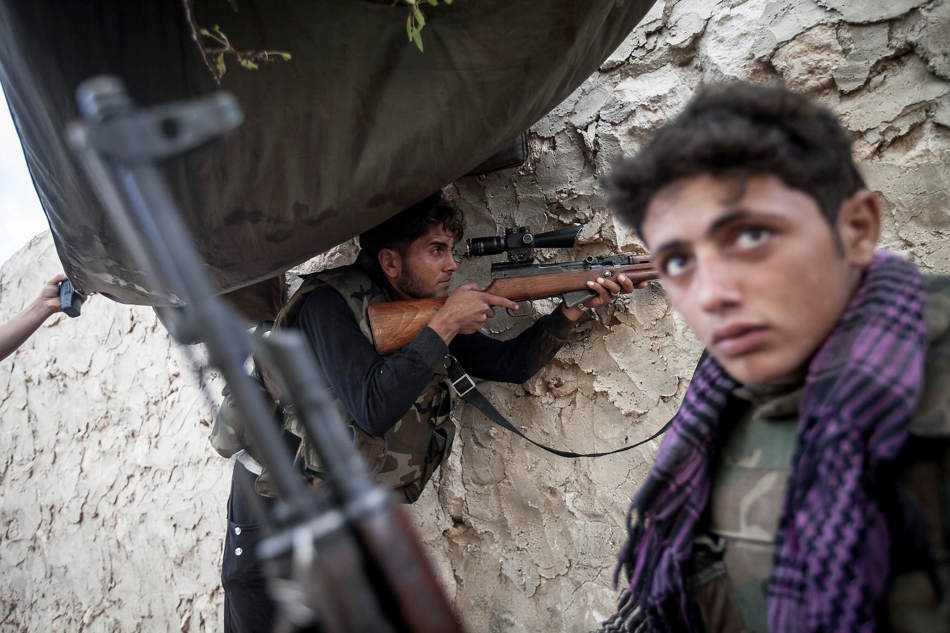 In this Thursday, Oct. 33, 2013 photo, opposition fighters mount guard at the frontline on the outskirts of Kfar Lata, a ghost village at the top of a mountain subdued under heavy shelling and bombardments due the fighting between opposition fighters and government forces in the Idlib province countryside of Syria. The sprawling, three-generation family of Mohammed Kale refuses to leave their home; a boxy, multi-story concrete apartment that holds the entire family. The men want to stay back and fight. Their elder patriarch, 65-year-old Mohammed Kale, fears they will suffer in moving, penniless, from their home. (AP Photo)