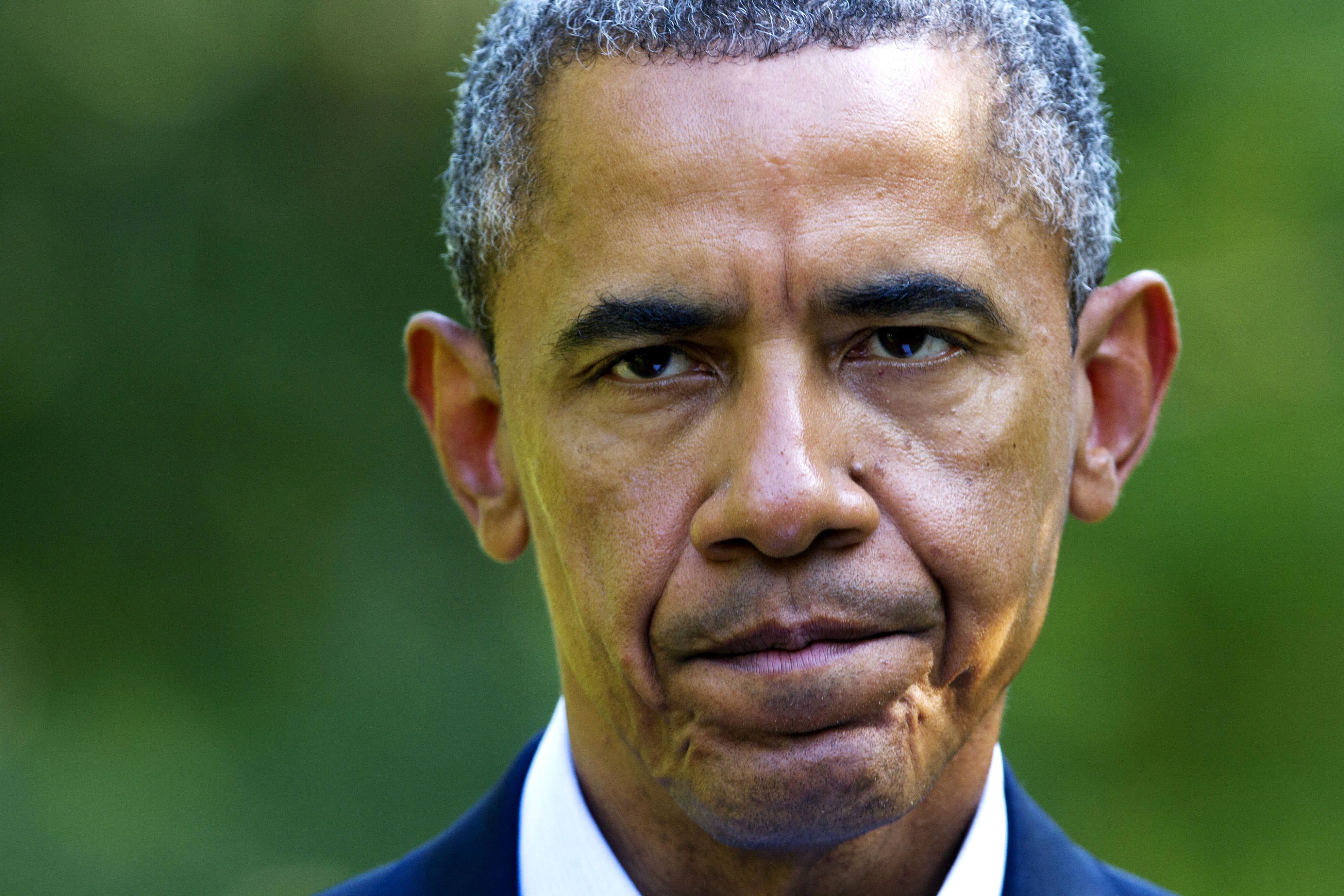 President Barack Obama pauses as he speaks about developments in Iraq, Monday, Aug. 11, 2014, from his vacation residence in Chilmark, Mass., during his family vacation on the island of Martha’s Vineyard. Obama is giving his approval to the appointment of a prime minister to replace Nouri al-Maliki and urging the formation of a new government in Iraq as soon as possible. (AP Photo/Jacquelyn Martin)