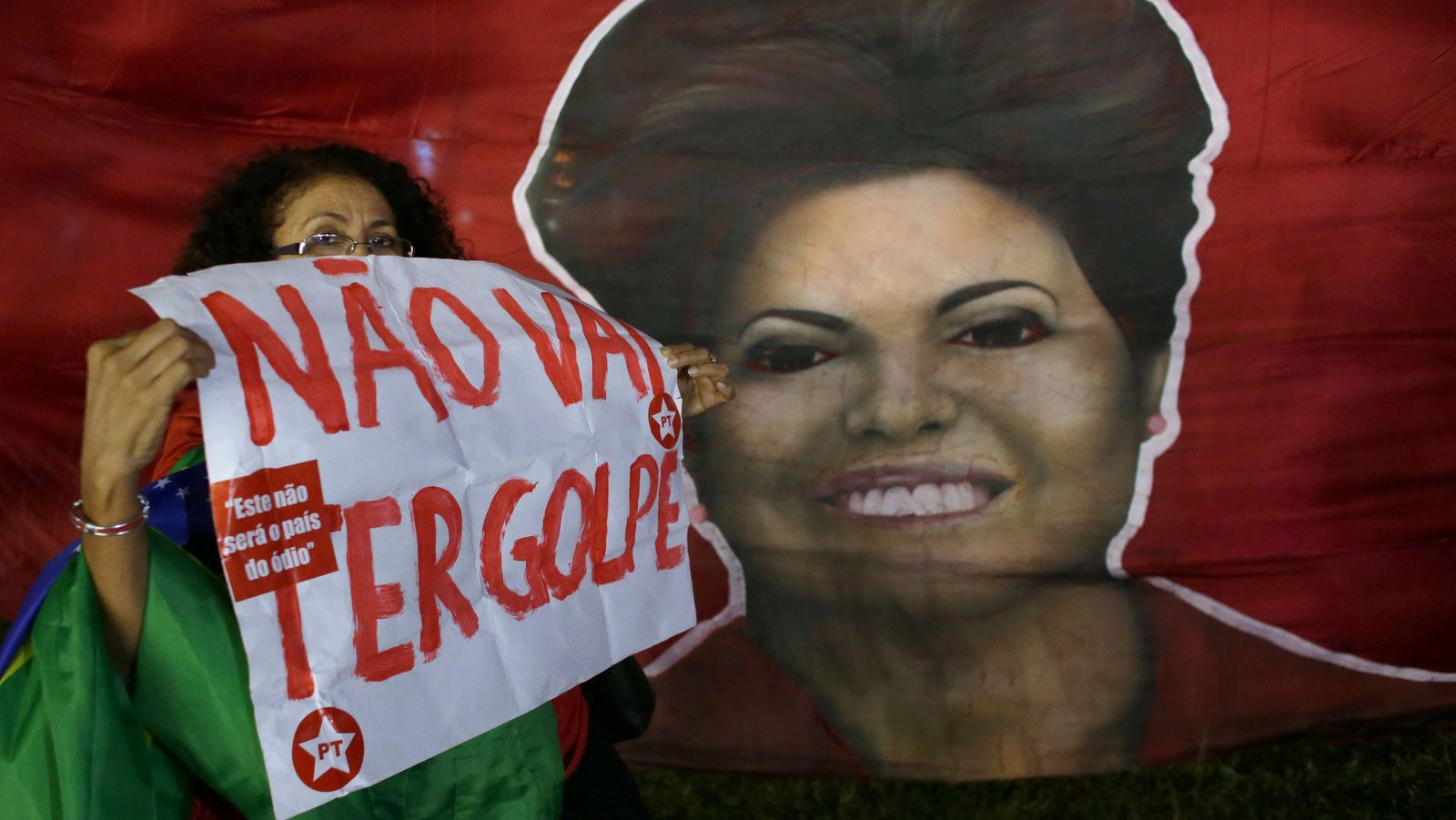 Woman shows poster written in Portuguese “There will not be a coup” next to a picture of Brazil’s President Dilma Rousseff, during a rally in her support and of former President Luiz Inacio Lula da Silva, in Brasilia, Brazil, Friday, March 18, 2016. Supporters of Silva and Rousseff gathered for rallies in a handful of cities across Brazil, particularly in the industrial south, where the former factory worker has his base. Silva has been tied to a sprawling corruption investigation involving the Brazil oil giant Petrobras. (AP Photo/Eraldo Peres)