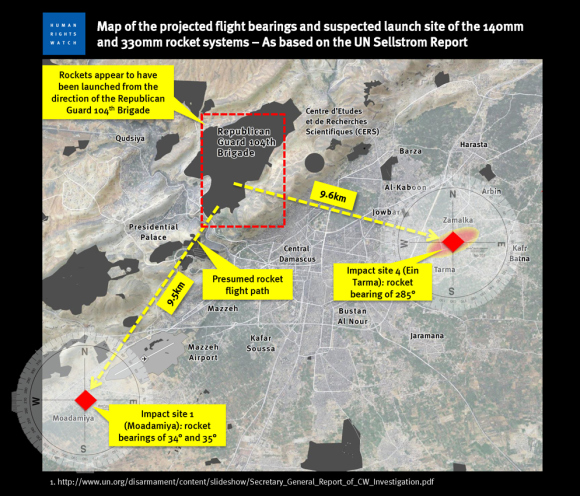 The controversial map developed by Human Rights Watch and embraced by the New York Times, supposedly showing the flight paths of two missiles from the Aug. 21, 2013 sarin attack intersecting at a Syrian military base. The analysis was later discredited when aeronautical experts found that the one missile carrying sarin had only one-fourth the necessary range.