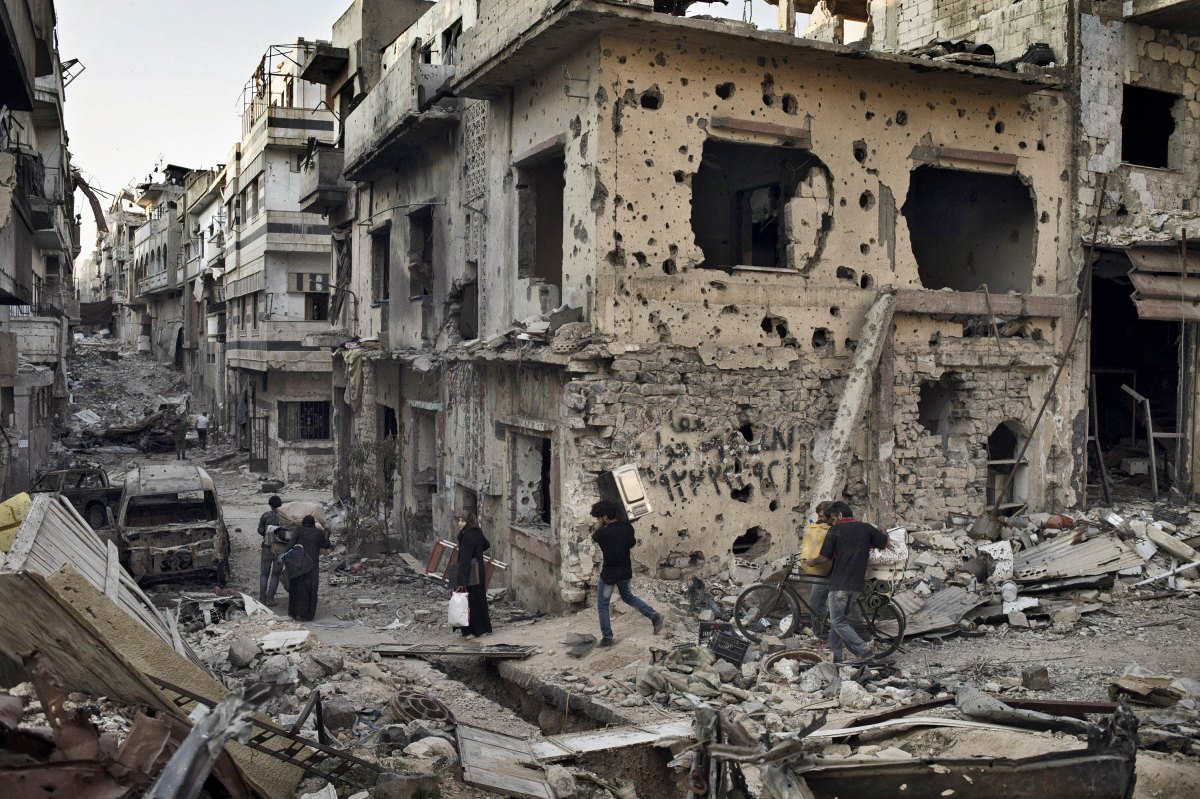 Homs Syria May 12 2014
Qabaris neighborhood, old Homs. Two years of relentless fighting, along with shells and barrel bombs, have destroyed this once thriving middle class neighborhood full of cafes and shops.
Residents return to devastated Homs to salvage what remains of their belongings and homes after years of conflict and siege after government troops entered the neighborhoods as part of an agreement that granted rebel fighters safe exit from the city.