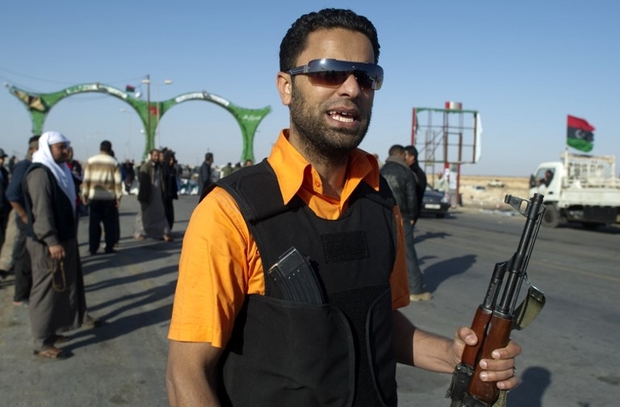 British national Rashad Brydan from Manchester looks over at some fellow rebel fighters before getting into a car leaving Ajdabiya heading for the frontline as the sun sets, April 5, 2011. Brydan, 35-years-old, a dual national of Britain and Libya told AFP that he had bought his flack jacket on e-bay and decided to join his comrades to fight against regime leader Moamer Kadhafi’s forces. AFP PHOTO / ODD ANDERSEN / AFP PHOTO / ODD ANDERSEN