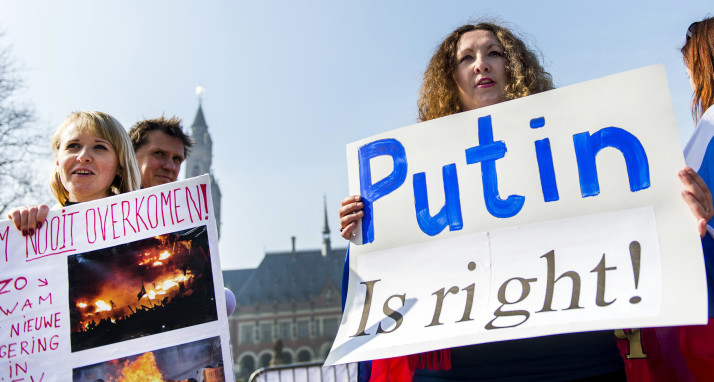 Pro-Russian supporters stage a protest asking for the self-determination of Ukraine’s Crimea peninsula, in front of the Peace Palace in The Hague, The Netherlands, on March 14, 2014. The United States and Russia launched an 11th-hour round of diplomacy on March 14, just two days before Crimea votes on seceding from Ukraine in a referendum that has sparked the biggest East-West showdown since the Cold War. AFP PHOTO / ANP / REMKO DE WAAL — The Netherlands out — (Photo credit should read REMKO DE WAAL/AFP/Getty Images)