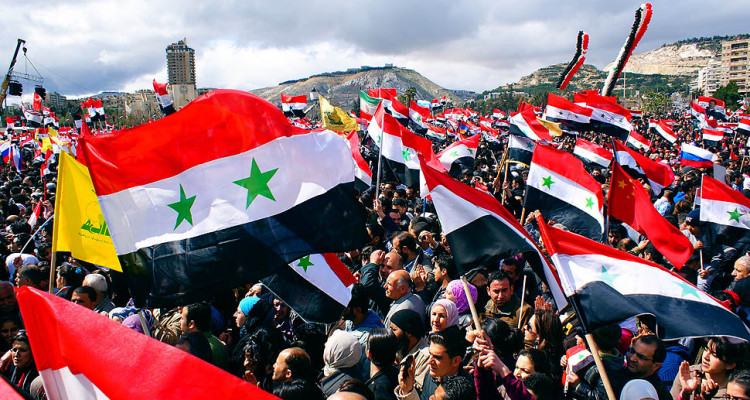 An image released by the official Syrian Arab News Agency shows Syrians rallying in support of President Bashar al-Assad on the first anniversary of the anti-regime revolt. State television showed tens of thousands of people waving Syrian flags and Assad’s portrait in squares in Damascus, the northern city of Aleppo, Latakia on the Mediterranean coast, Suweida to the south and Hasaka in the northeast.