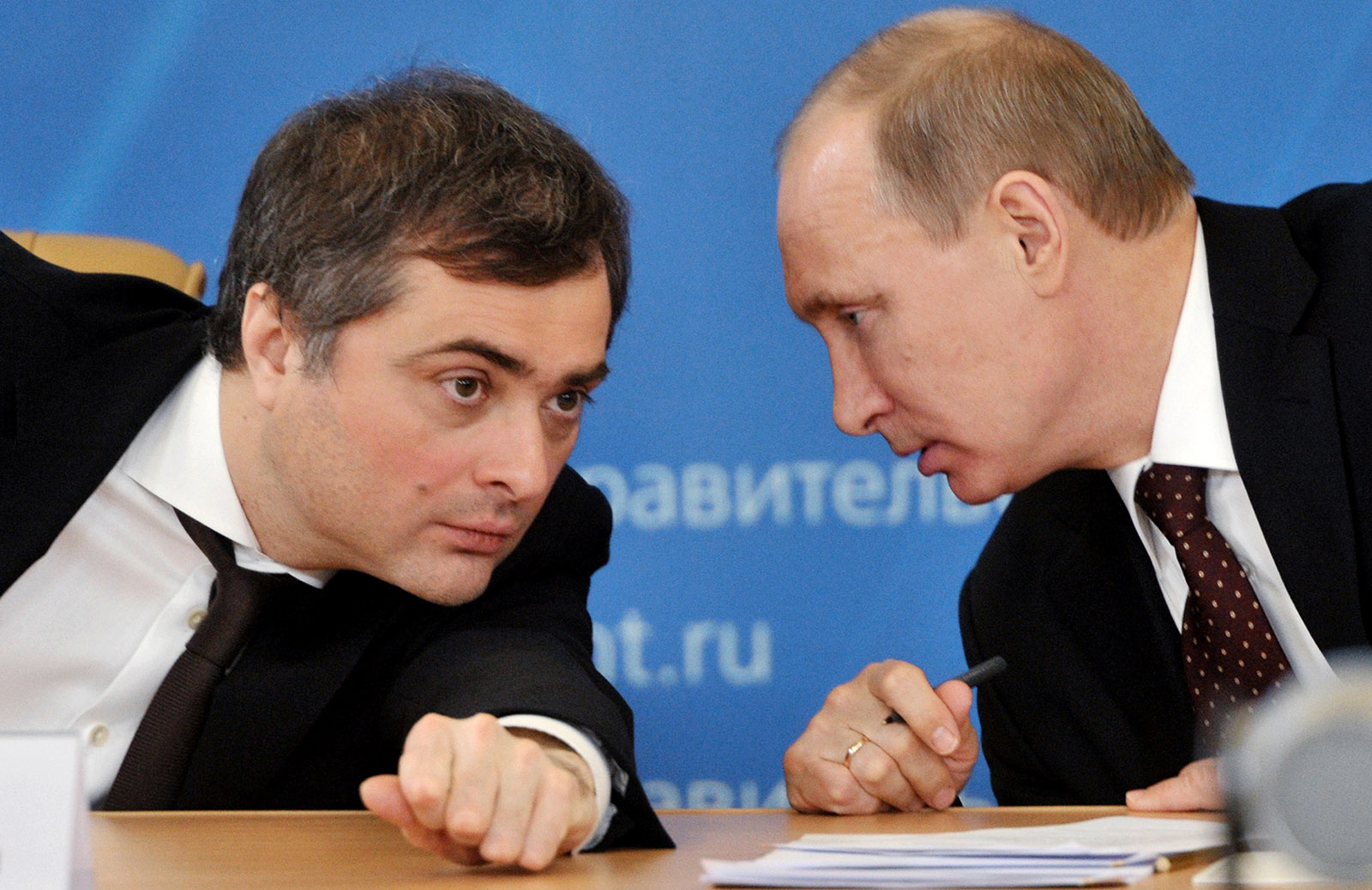 Russia’s Prime Minister Vladimir Putin confers with his deputy Vladislav Surkov during a meeting on the modernization of the secondary education in the Urals city of Kurgan, on February 13, 2012. After serving two consecutive presidential terms between 2000 and 2008 and a term as prime minister, Putin is seeking a third term in the March 4 presidential election.AFP PHOTO/ RIA-NOVOSTI/ALEXEI NIKOLSKY (Photo credit should read ALEXEI NIKOLSKY/AFP/Getty Images)