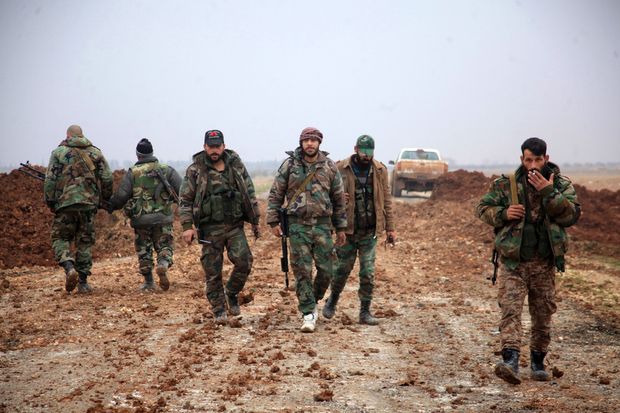 Syrian regime forces walk in an area south of the town of Al-Bab, in the northern province of Aleppo on January 14, 2016.
Backed by intense Russian air strikes, fighters loyal to President Bashar al-Assad seized Aarran from IS jihadists, according to the Syrian Observatory for Human Rights. / AFP / GEORGE OURFALIAN