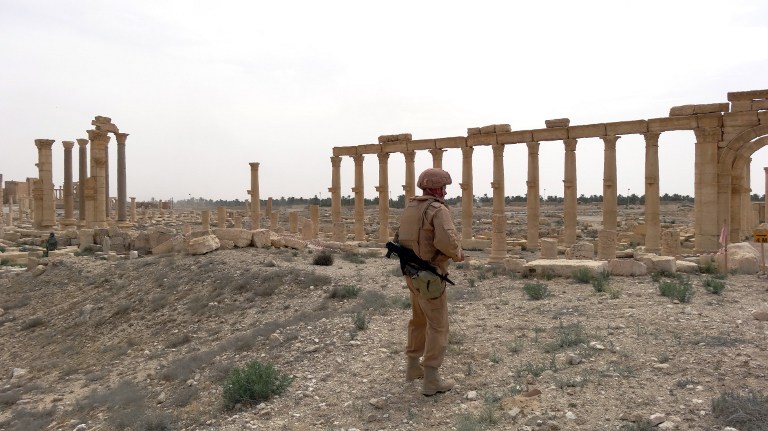 A Russian army soldier looks on as sappers check for mines in the ancient Syrian city of Palmyra on April 7, 2016.
IS jihadists withdrew from the town a week after the Russian-backed army and allied militia scored a major victory in the ancient city of Palmyra, which is also located in the vast province of Homs. / AFP PHOTO / Max DELANY