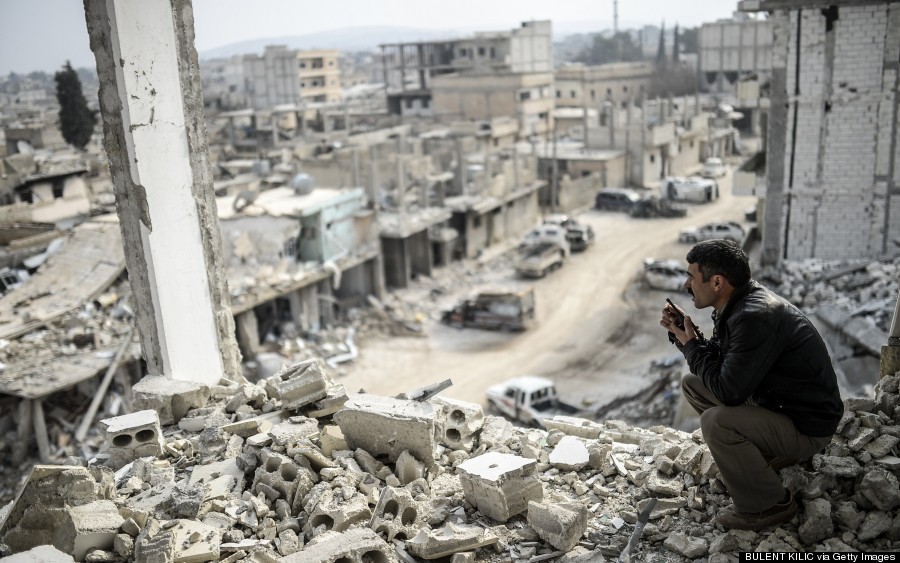 A Kurdish man talks with a radio as he checks the eastern part of the Syrian border town of Kobane, known as Ain al-Arab, on January 28, 2015. Kurdish forces recaptured the strategic town on the Turkish frontier on January 26 in a symbolic blow for the jihadists who have seized swathes of territory in a brutal onslaught across Syria and Iraq. AFP PHOTO / BULENT KILIC (Photo credit should read BULENT KILIC/AFP/Getty Images)