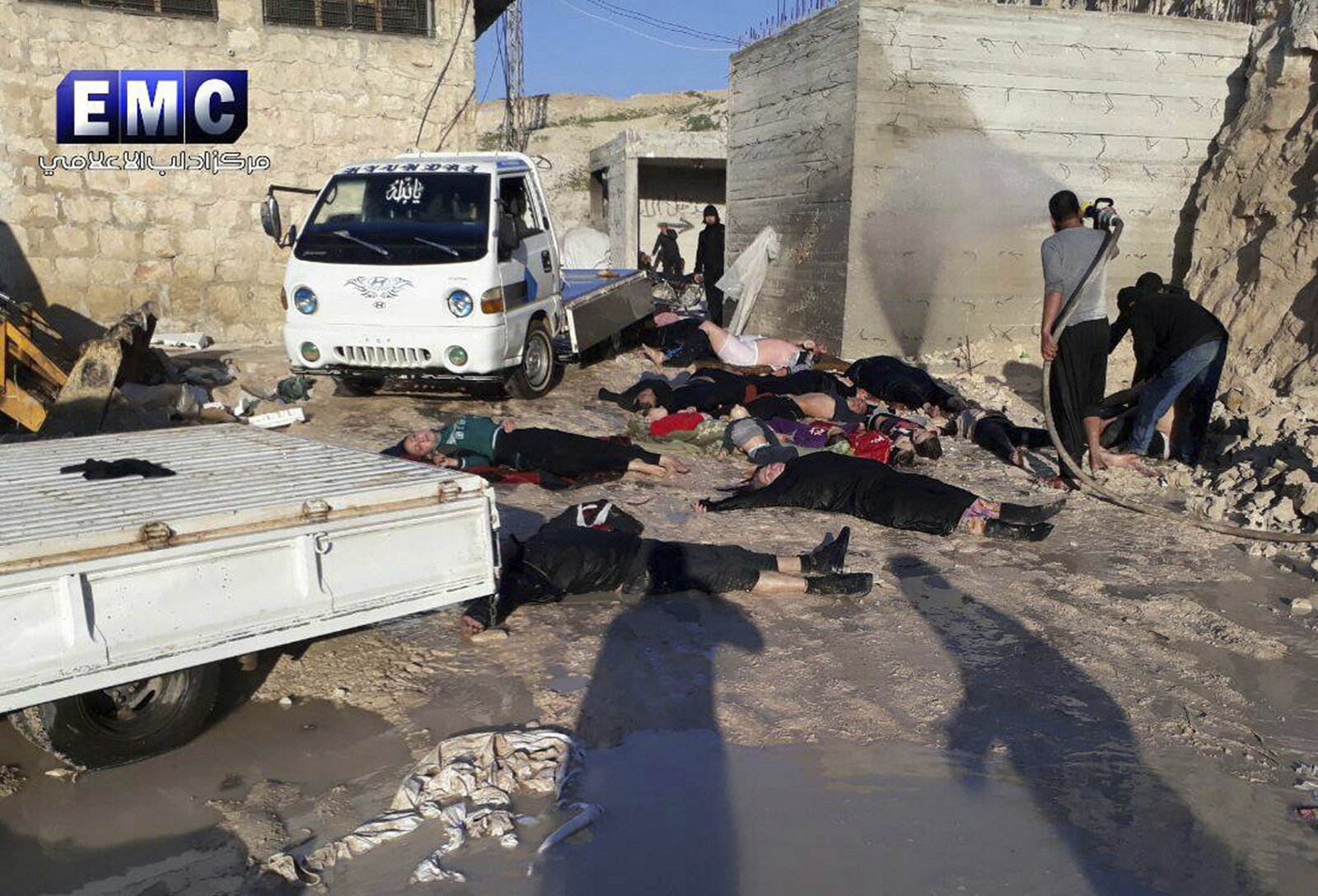 This photo provided Tuesday, April 4, 2017 by the Syrian anti-government activist group Edlib Media Center, which has been authenticated based on its contents and other AP reporting, shows victims of a suspected chemical attack, in the town of Khan Sheikhoun, northern Idlib province, Syria. The suspected chemical attack killed dozens of people on Tuesday, Syrian opposition activists said, describing the attack as among the worst in the country’s six-year civil war. (Edlib Media Center, via AP)