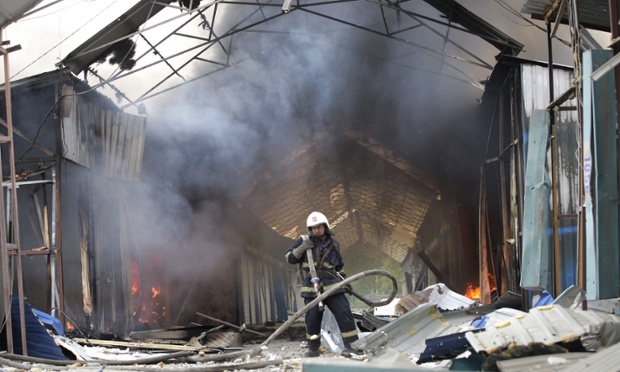 A firefighter extinguishes the fire at a market destroyed after shelling in Donetsk, Ukraine, Wednesday, June 3, 2015, during battles on Wednesday in eastern Ukraine Territories. Intensified battles around the rebel stronghold of Donetsk on Wednesday left more than a dozen people dead and threatens to tip the country back into full-blown war, according to Ukraines General Staff. (AP Photo/Alexander Ermochenko)