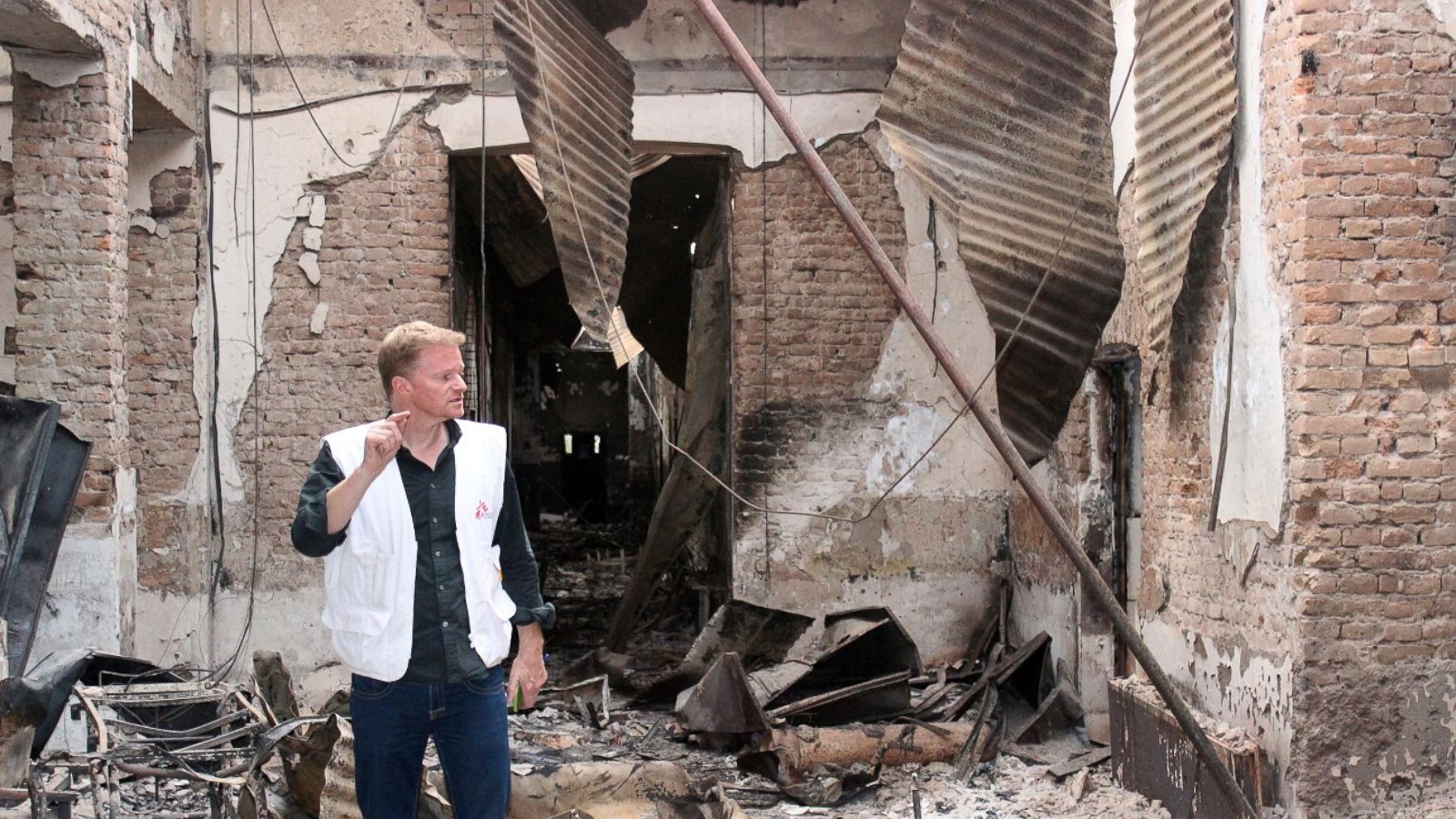 In this Friday, Oct. 16, 2015 photo, Christopher Stokes, the general director of the medical charity, Doctors Without Borders, which is also known by its French abbreviation MSF, stands amid the charred remains of the organization’s hospital, after it was hit by a U.S. airstrike in Kunduz, Afghanistan. Stokes says the “extensive, quite precise destruction” of the bombing raid casts doubt on American military assertions that it was a mistake. (Najim Rahim via AP)